Claims management giant National Accident Helpline (NAHL) has anticipated the chilling effect of PI reforms by setting up its own business to handle cases - in competition with its 50-odd panel firms. The stock exchange listed company today announced that it is setting up an alternative business structure in a jont venture with Bristol and Cardiff firm NewLaw, a subsidiary of Redde plc.

The new firm, which will trade under the name Your Law LLP, will initially employ 75 people in Bristol and Cardiff and open for business on 1 July. It is designed to handle 1,000 cases per month, which will be generated on top of the existing undisclosed caseload referred to panel firms, Simon Trott, managing director, told the Gazette. 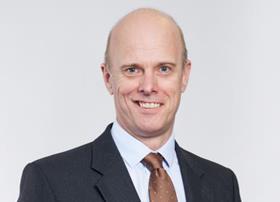 Trott told the Gazette that the investment is only the first stage in a strategy to increase the company's share of the PI market while continuing to provide marketing services to panel firms. It will be followed by further announcements, including the creation of at least one more ABS, in the coming months, Trott said.

Trott said that NAHL had spoken to all its existing panel firms about the new venture and 'they totally accepted it'. There will be no favouritism, he stressed. 'It will be treated like one of our existing family firms.' NAHL will hire an independent external auditor to demonstrate that no cherry-picking of cases is taking place, he said.

Trott declined to say how much had been invested in the joint venture. However, in December last year the company told the stock exchange that it would make an ‘exceptional investment’ of £1.7m by the end of 2017 to ensure its brand positioning and processes are ‘aligned to the requirements of the new regulatory environment’.