A criminal defence firm in Hull has apologised to a judge after reportedly posting a second-class stamped letter sent on a Friday informing a defendant that he was required to attend a court hearing the following Monday. The firm's letter to the judge highlights the challenges faced by practitioners when court listings are changed at short notice.

The Hull Daily Mail reported this week that the defendant had been due to appear at Hull Crown Court on Monday but did not attend. HH Jeremy Richardson QC demanded an explanation from the firm's senior partner why a second class stamp was used for the letter alerting the defendant of the new hearing date.

Barker & Copeman confirmed to the Gazette today that a letter was hand-delivered to Richardson on Tuesday. 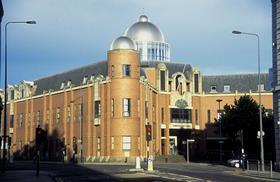 Writing in the capacity of a senior partner, solicitor and partner Michael Copeman told the judge that, between 3.11pm and 3.25pm on Thursday 18 May, the firm received emails from Hull Crown Court's listings office indicating that four of the firm's cases had been taken out of the following day's list and added to the list for Monday.

Copeman writes: 'Letters were sent to clients where appropriate but it was decided not to write to [our client] and instead allow him to attend at Hull Crown Court on Friday 19 May in order that a member of our firm may have a discussion with him.

'I understand that [our client] did not attend on 19 May and it is accepted that a letter should have been sent to him on that date confirming that he must attend at Hull Crown Court on Monday 22 May. Regrettably such a letter was not sent and I apologise unreservedly for this oversight.'

Copeman continues: 'If [our client] had attended on 19 May he would, of course, have been informed that his presence was required on the following Monday. It appears that [a member] of our firm had not realised that a letter had not been sent and [they] inadvertently gave inaccurate information to defence counsel.'

Copeman tells Richardson that cases are frequently taken out of the list at short notice 'and our firm always takes every possible step to inform clients, either by telephone or sending letters by first class post'.

He adds: 'I should explain that second class post is used for routine and non-urgent correspondence but first class post is invariably utilised when time is of the essence. I would also comment that it was not possible to contact [our client] by telephone since the police had seized his mobile phone and he is not in possession of a replacement.'

As an example of the difficulties solicitors face when late changes are made to crown court listings, Copeman told the Gazette that the firm, on Wednesday at 11.42am, received an email from the court indicating that a case scheduled for hearing on 26 May had been removed from the list and would now be heard on 16 June.

At 2.50pm on the same day, the firm received an email stating that the case would be heard on 25 May, not 16 June.