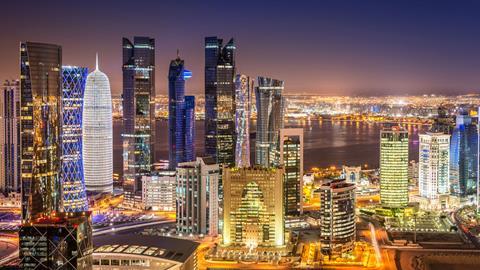 The move by three City firms to close their Gulf offices may be due to over-competition, though the trend should not be a reason to panic, experts in the sector have told the Gazette.

Over the past few days, two City firms – Clifford Chance and Herbert Smith Freehills – have revealed that they will be pulling the plug on their offices in Doha, Qatar.

They follow another City firm, Latham & Watkins, which shut down its Abu Dhabi and Doha offices in 2015. US firm Weil, Gotshal and Manges also announced last week that it would leave the region and will close its Dubai office.

Tony Williams, principal of Jomati Consultants, told the Gazette the news should be welcomed rather than met with concern. ‘Though it has previously been viewed as a failure to close an office, I think it should be seen as a positive thing because it shows that firms are thinking about their business strategy more,’ said Williams, a former managing partner at Clifford Chance.

He added: ‘The smaller offices consume a lot of management time and naturally go through peaks and troughs. Firms want to ensure the offices are making a sustained and relevant contribution and we are seeing many adopting a “regional hub” approach focusing on fewer, larger offices rather than lots of little pockets.’

In statements to the Gazette, Clifford Chance and HSF appeared to back that view.

‘From our ongoing discussions with both our Qatari clients and international clients looking to invest in Qatar it is clear that there is no longer the same need for a presence on the ground in Doha,’ a spokesperson for magic circle firm Clifford Chance said.

‘Rather, consolidating those relationships into Dubai, and servicing clients from there and across our wider network, will be the best approach to providing them with seamless access to the wide range of high-quality advice and support they need as they expand their businesses in the region and globally. We look forward to working with our clients as we continue to develop our Qatari practice in this next phase,’ the spokesperson added.

A spokesperson for HSF said it was confident that it can continue to provide the quality and breadth of service to clients in Qatar from its hubs in Dubai and Saudi Arabia, and its global network.

‘The Middle East region is a key strategic market for the firm. We will continue to invest in our leading practice in the region,’ they added.

Martin Amison, resident managing partner of Trowers & Hamlins’ Dubai office, said Qatar had been ‘significantly affected’ by the downturn in oil (and consequently gas) pricing, a market in which law firms struggled in any event.

‘Our experience in the region at the end of last year and start of this year is that there is plenty of competition, it is not easy to win new work and pricing is very tight,’ he added.

However, he noted that there are signs that the tide was turning. The firm is up to 12 partners in the UAE now, up from eight two years ago.

However, Amison said that an anticipated opening of the Iran legal market, thrown into doubt by the election of Donald Trump as US president, would not have been a contributing factor.

‘I do not think anyone would establish an office in Doha to service anywhere other than Qatar,’ he said. ‘I agree that many of us in the region have been anticipating work in and from Iran (that has not materialised) but the logical bases from which to expand into Iran are Oman and Dubai.’

Williams added that major firms with numerous offices are also becoming ‘more hard-nosed’ about the performances of individual offices.

‘Firms should take a step back and think, “if we were starting from scratch, is this something we would do?” and sometimes it isn’t.’