Fourteen months to find a solution

For the first time since 1976, solicitors and staff from practices which have closed may find from October 2022 that they have no insurance against professional liability claims. 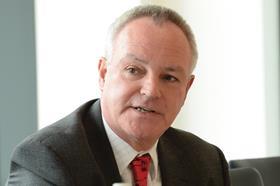 Practices which close without a successor practice must have six years’ run-off cover under the SRA Minimum Terms and Conditions. After that, the Solicitors Indemnity Fund (SIF) has provided cover. That will cease next year.

The risk is not illusory. SIF statistics published in 2016 show that approximately 10% of claims are made after six years. A recent claim in the Court of Appeal against the Halliwell Landau partnership (not a SIF case) arose from an alleged act in 2003 – a year before the firm had converted to an LLP which collapsed into administration in 2010.

Individuals are exposed to claims, even where their practices have been incorporated. They may face claims from pre-incorporation practice (as in the Halliwell Landau case), from personal appointments such as executor, trustee or deputy, or potentially from assumption of personal responsibility. Although examples of the last category have been few in practice, that may be because claimants had the comfort of knowing the firm was insured and it was not necessary to claim against an individual.

Nor is this just a small firm issue. One of a number of large US law firms which collapsed left its London office without a successor practice.

Extensive efforts to find commercial insurance available for purchase on an individual basis have failed, not surprisingly for many reasons. Those who have posted comments on Gazette Online articles suggesting that cover is available, contrary to the advice of many leading brokers, have yet to identify a provider.

There are two additional complications with an insurance solution for individual purchase as opposed to a block policy. First, it would be difficult to garner the information required for a proposal (and even more difficult for employees to do so).  Second, there is a risk which in practical terms would be uninsurable because SIF’s position is that claims made after 30 September 2022 arising from circumstances notified to SIF prior to closure are not covered: policies invariably exclude cover for claims arising from circumstances known prior to inception.

Yet the current arrangements provide longer-term protection than nearly any other profession (apart from doctors).

The SRA is required by section 28 of the Legal Services Act 2007 to act in a manner which is proportionate. So why might it be proportionate to provide protection beyond the six year run-off insurance?

Consumer protection is only a partial answer, as that may equally apply to other professions. However, there are additional factors which apply to those in the legal profession. While there is no information in the public domain, some of the claims against SIF will doubtless involve the most vulnerable in society, such as those with serious medical conditions or inability to manage their own affairs.

In addition, the SRA has exercised its powers of regulation in ways which impact on the liabilities of solicitors in ways not applicable to others. Solicitors are not permitted to limit liability below the minimum compulsory insurance limit (£2m for sole practitioners and partnerships; £3m for incorporated practices and alternative business structures), even though insurance may not provide cover for that. Claims from similar causes may aggregate and be subject to one policy limit, we may see more restrictive cover for cyber-risks, and, as the decision on SIF demonstrates, cover is for a finite period while liability may continue for many years more.

Paragraph 7.11 of the SRA Code for Solicitors, RELs and RFLs and paragraph 3.5 of the Code for Firms impose an obligation to inform clients if things go wrong. Similar provisions have applied for some years, and are consistent with a solicitor’s fiduciary duty to current clients. However, the SRA’s view is that this now extends also to former clients – a subtle but important change which was not addressed head-on when the new codes were introduced. A similar change in the 2011 code was reversed in the second version in December 2011, and rightly so.

If solicitors and their staff must bear these additional burdens of liability, which are presumably predicated on the public interest, they should have some protection in return.

A solution to the SIF problem will involve cost, whether it is by topping up the SIF pot or some other arrangement, be it mutual fund or insurance, or a combination. Some professions provide insurance as a member benefit, but for the Law Society to do so in its representative capacity may require governance changes, potentially affecting the Royal Charter and the division of responsibilities between the Law Society and the SRA.

So far as insurance is concerned, we are in the grip of a hard market. However, the post-six-year risk is very different from that of firms currently in practice. There should, for example, be no claims from development schemes, which are probably one of the largest exposures ever faced by the profession’s insurers, and no cyber claims.

Finding that solution will require not only a thorough understanding of the issues, but drive to achieve a solution – a solution was found to the far more seismic events affecting the Lloyd’s insurance market in the 1980s, so it is hard to accept that a solution cannot be found here. The SRA’s obligations under section 28 of the 2007 act include transparency, and information on SIF’s claims exposure and the issues which have been considered so far would assist in the process. It is not obvious why commercial considerations apply here.

We have 14 months to create a solution.  SIF was a profession-wide solution set up in response to a previous insurance crisis and was achieved in no greater timescale. The current problem is far smaller so it is hard to believe a solution cannot be found.