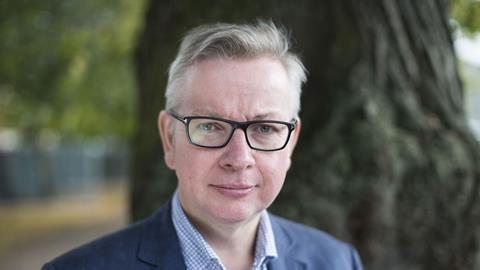 Solicitors have reacted angrily to an 'ill-judged, ill-informed and incorrect' attack on solicitor-advocates by Michael Gove.

Speaking last night, the former lord chancellor called for restrictions on the rights of audience of solicitor-advocates in order to ‘restore the criminal bar to health’.

Claiming barristers provide a ‘better service’, he suggested the defendant in all Crown court cases and the ‘more serious’ magistrates’ court cases should be represented only by barristers.

Gove also called for new curbs on solicitor firms who refer clients to in-house advocates rather than independent barristers. In-house advocacy teams are often made up of ‘those who have not made it’ into barristers’ chambers, he alleged.

Gove was speaking to the Longford Trust on the subject of ‘What’s really criminal about our justice system’ – an engagement he accepted when lord chancellor. He alluded in his speech to the fact that the amount of criminal defence work undertaken by solicitor-advocates rose from 6% in 2005/6 to 43% in 2014/15.

The criminal bar is being ‘squeezed to the margins’, he added.

But Robert Bourns, president of the Law Society, dismissed Gove's comments as 'unfortunate, unwarranted and ill-informed', adding: 'Solicitor-advocates across England and Wales carry out important work representing their clients every day. They do so to the highest of standards, and in the face of ever-tightening legal aid funding and sniping remarks from some commentators.

'I am unreservedly proud of the work they do each day.'

Will Richmond-Coggan, chair of the Solicitors’ Association of Higher Courts Advocates, accused the bar and its ‘mouthpieces in government’ of ‘harkening back to an age when upstart solicitors knew their place’.

He said: ‘Solicitor-advocates have had to overcome considerable institutional prejudice to compete in one of the most challenging fields for any advocate, legal aid criminal work.

‘If they are now being instructed in ever-greater numbers, that is a reflection of their ability to offer an end-to-end service unmatched by the criminal bar’s guns for hire, who are frequently parachuted in at the end of the case to collect a disproportionate share of the available fee.’

He added: ‘It is also a reflection of the quality of their offering, which is one of the reasons why solicitor-advocates have nothing to fear from attempts to raise the standards of criminal advocacy, provided that it is done in a uniform and consistent way across the professions.’

On the civil side, Richmond-Coggan pointed out that bar has embraced direct professional access, setting up in the sort of ‘one-stop shops’ that solicitor-advocates pioneered and competing on a level playing field.

He added: ‘The criminal bar could easily do the same, but chooses instead to resort to protectionist tactics of trying to crowd out the newcomers with unsubstantiated whispering campaigns and appeals to their powerful friends in government. They want to impose artificial barriers to entry for any who seek to threaten their historic monopoly.

‘It is no surprise that the bar and their mouthpieces in government would seek to harken back to an age where upstart solicitors knew their place, and existed purely to ferry a steady stream of golden guineas into the hands of the barristers’ clerks (barristers’ hands being too rarefied to be sullied with anything so vulgar as money).’

Gove contrasted the 22 hours’ minimum training for solicitor-advocates with the 120 days required of a barrister. But Stephen Meachem, a solicitor and barrister at LawTribe, said: ‘The 22 hours’ training allegation Gove repeats is misleading, given that solicitors need two years’ experience to qualify as a solicitor.

‘In addition, given our PII and client complaint position, where the firm and employee suffer in the event of complaints or claims, partners are very careful to avoid risk. For this reason we can say that advocates progress in a measured way and do not progress unless they cut the mustard.’

Joy Merriam, chair of the Law Society’s Advocacy Working Group, said: ‘Michael Gove, emboldened by his loss of office, has finally become transparent about his antipathy to solicitor-advocates. His ill-judged, ill-informed and incorrect remarks are an insult to the many talented solicitor-advocates working in our criminal courts; the majority of whom are backed by years of experience in the criminal justice system.

‘I am sure his successor Liz Truss will take a more egalitarian and less elitist view to the provision of criminal advocacy.’