As litigation funding progresses at varying speeds in different jurisdictions, the UK market has reached a level of maturity. But it remains dynamic and has much further to progress. According to a report published by RPC in March, the combined value of court cases in the pipeline and cash assets directly held by UK litigation funders reached a new high of £2bn last year. Expectations are that this figure will continue to increase. 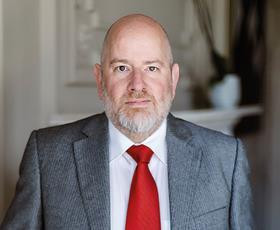 When the criminal convictions of 39 former British postmasters were quashed in April, the FT headline ran: ‘Post Office scandal shows value of litigation funds’, followed by a comment underneath: ‘When it comes to challenging appalling behaviour by a deep-pocketed establishment entity, some private firepower is essential.’

To finance individual claims, as well as a growing volume of group and class actions, funders regularly work with UK law firms. The long-running ‘Dieselgate’ scandal is a case in point. Litigation funding has facilitated a swath of actions against the German auto giants which is now developing in the UK as Mercedes, VW and VW-owned companies – Audi, Seat and Skoda – all face actions in English courts relating to diesel emissions.

Among big industry players, there is a general consensus that multiple new entrants will continue to enter the litigation funding market, attracted by what they perceive to be potential gains and a lack of barriers to entry. Being a member of the Association of Litigation Funders is not a prerequisite, for example. But informed observers fear that some new entrants may try to achieve what appear to be uncorrelated and outstripped returns.

Some of the new funders who hope to re-engineer the landscape may fall victim to unwise decision-making, particularly those who need to rely on external advice without having built up sufficient infrastructure to make properly vetted decisions.

Many experienced funders have already gone through this cycle and successfully emerged at the other side. Their ultimate success lies in implementing the right strategy: putting the appropriate people in place, rather than relying exclusively on external counsel.

In reality, external advice often serves as the ladder near the top of the board. But in order to complete funding successfully, many other obstacles have to be navigated before that point is reached.

Should these new entrants pursue a strategy that is entirely dependent on external advice without taking account of what they need to build internally, they may find that the harsh realities of market economics will eventually work against them. In practical terms, this means that the market will shake out any businesses that are either over-leveraged or inefficient – or worse still, that have not determined a clear investment strategy from the outset. It is unlikely that such opportunistic funders will survive.

And what of the current crop of market players? You only have to take a look at the banking sector for pointers as to what might happen next. Successive waves of bank mergers have occurred on both sides of the Atlantic over the past 50 years, creating a very different environment for big US and UK players compared with a generation ago. Meanwhile Europe’s lenders, led by Italy and Spain, are finally recognising the need for consolidation.

The same pattern of mergers is likely to occur among litigation funders. An early indicator of what we might expect came with the 2019 merger between Omni Bridgeway and IMF Bentham, which they jointly described as ‘a strategic combination’. Objectively, economies of scale, increased access to more funds and a broader geographic footprint were some of the obvious advantages.

Beyond consolidation at different levels of the market, there will be other developments. Specialisation is the most probable as niche funders appear to focus on specific sectors – a natural outcome of the market’s increased sophistication, maturity and knowledge. It can also work the other way. Asertis started out as a niche insolvency funder, for example, and without the opportunity to enter the broader litigation funding market, that would have remained the case.

Some market players have been pioneers, albeit prematurely. They took a look at the applicability of litigation funding across a number of jurisdictions and practice areas and then tried to industrialise it. Although the market was not yet ready to accommodate such a move, initiatives like this show how it is destined to develop.

The number, size and scale of participants will change over time as a natural state of flux continues. In time, some new entrants will undoubtedly become dominant players of the future.

Market dynamics will also continue to encourage more consolidation and greater specialisation as market fragmentation develops, potentially at speed. The natural consequence is that an ever-wider range of cases will be funded as the scale of institutional capital and the number of market participants both increase.