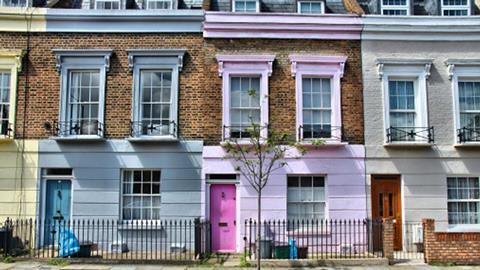 The largest building society in the world has decided to protect homeowners from unfair leasehold practices - a decision that has been welcomed by conveyancers campaigning for leasehold legislation reform.

Under a new policy for newbuild leasehold properties, on all new mortgage applications received from 11 May the minimum acceptable lease term will be 125 years for flats and 250 years for houses.

The maximum acceptable starting ground rent will be limited to 0.1% of the property’s value.

The ground rent must be reasonable at all times during the lease term. Unreasonable multipliers such as doubling every five, 10 or 15 years is not allowed. Increases should instead be linked to a verified index, such as the retail price index.

If the valuer believes the property's marketability will be severely affected by unreasonable lease terms, they may decline the property or reflect those terms in the valuation figure they provide to the lender.

Robert Stevens, head of property risk, data and strategy, said the building society has made the changes 'to address the practice of using leasehold tenure where this is unnecessary, particularly for newbuild houses, and to ensure that onerous leasehold terms, including ground rents, are properly considered and controlled in order to safeguard our mortgage members'.

He added: 'Nationwide is taking a proactive, leading position on this issue to address a significant risk facing our members and to challenge what we believe to be poor practice in the newbuild market.'

The policy will not apply to properties being sold second hand.

The Conveyancing Association, which has been calling for leasehold reform, welcomed Nationwide’s decision and hopes other lenders will follow suit.

Beth Rudolf, the association's director of delivery, said: 'The association is very supportive of any initiative which will curb the current inequalities between landlord and leaseholder.'

'Unambiguous instructions within the [Council of Mortgage Lender]'s Handbook will ensure there is no blight on existing 'good' leases, while consumers are protected from the sharp practices of some developers and landlords.'

Rudolf said Nationwide's decision is particularly helpful while purdah is in force for civil servants. The general election takes place on 8 June.

Rudolf said: 'The association hopes MPs will be including leasehold reform within their election promises given how significant a local issue it is, and that the new government will ensure that housing minister Gavin Barwell's promise at the end of last year to review leasehold does not fall by the wayside, given the significant concerns from the industry, consumers and MPs.'