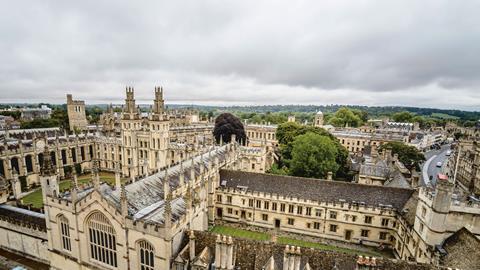 Five years after throwing their mortarboards in the air to celebrate graduation, Oxford law graduates are earning £43,600 more than graduates of the University of Bedfordshire in Luton, official statistics show today.

Today's numbers are part of a series of higher education data releases from the Department for Education's new Longitudinal Education Outcomes dataset. It focuses on the employment and earnings outcomes in the 2014/15 tax year for those who graduated with an undergraduate degree in 2008/09, 2010/11 and 2012/13 from a higher education institution in Great Britain.

The starkest earnings gap can be found among the 2008/09 cohort five years after they graduated.

The figures appear to reinforce long-standing concerns about the lack of social mobility in the legal profession.

In 2015 research published by the Sutton Trust and Prime, a diversity access scheme set up by law firms, showed that one in two partners at magic circle firms were privately educated, compared with just 7% of the general public.

A separate study by the London School of Economics found that male Oxford-education barristers from London-based chambers were still more likely to take silk despite reforms to the appointment system in 2004.