Residents of Saudi Arabia now have an extra reason to keep an eye on text messages: their next one could be a notice of legal proceedings being served. More than 80% of civil defendents are now receiving details of their court appearances electronically, one of the country's most senior judges has revealed. 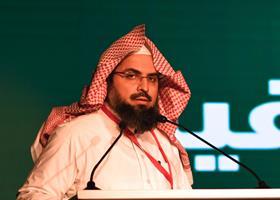 Ibrahim bin Huwayil, president of the Appelate Court of Riyadh, told the Court Excellence and Innovation conference in Dubai, that the text service is part of an ambitious programme of technology-based reform. 'An SMS is delivered containing the number of the case, details of the court as well as the date and time of hearing.' The message also contains a link through which the defendant can see further details of the case.

The system is practicable because of the Kingdom of Saudi Arabia's strict national identity database requirements. Mobile phone numbers are among the details required to be registered on the Unwan Al-Watani, a national address database which records contact details for every resident.

Electronic working has so far allowed the courts to eliminate 54 million pages of paper documentation, bin Huwayil said. Future plans include reforming processes based on the analysis of data.