The six-month countdown has begun until the Solicitors Regulation Authority (SRA) introduces a new route to qualifying as a solicitor, the Solicitors Qualifying Examination (SQE), the Law Society said today.

From September, aspiring solicitors will take two sets of centralised assessments designed to evaluate competence for entry to the profession. There will be a gradual transition to the new system, but solicitors need to get up to speed on the changes that are coming, Chancery Lane said.

The SQE will widen the ways in which it is possible for someone to become a solicitor with new pathways, such as apprenticeships. Paralegals and others who may have struggled to qualify due to the limited number of training contracts will now have a more accessible route into the profession. 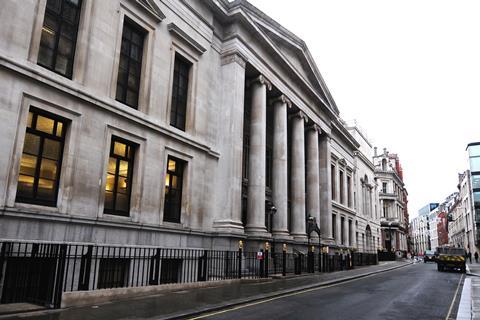 Chancery Lane: Solicitors need to get up to speed with changes to qualification process

The current period of recognised training will be replaced by qualifying work experience (QWE). There will be greater flexibility around what constitutes QWE, so firms and in-house departments which offer training will need to understand these requirements.

QWE can be completed over an extended period, at up to four separate placements with no minimum length of time for each. This is in contrast to the current training, which must be completed in one, two-year, block.

Law Society president I. Stephanie Boyce said: 'With six months to go until the SQE, we are keen to make the profession fully aware of the changes to routes to qualification.There will be a gradual transition from the current system to the SQE system, giving educational institutions and employers time to adjust their offering.'

Boyce noted that anyone who falls within the transition period will have until 31 December 2032 to qualify under the existing routes.

'Some employers are already taking advantage of the changes by taking on candidates for legal apprenticeships, as an alternative route to the university model to qualifying as a solicitor,' she said. 'We understand that some may be anxious about this change, but there is a real opportunity to widen diversity and inclusion within the profession and positively affect social mobility.'