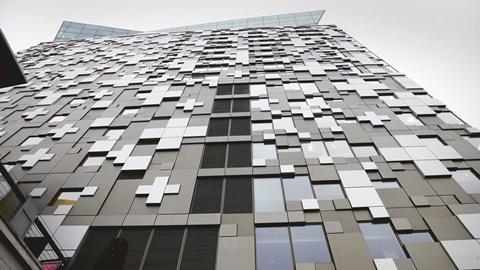 After nearly a decade of prevarication, the solicitors' regulator has conceded that it should continue to provide cover for claims against retired solicitors once their six-year 'run-off' insurance has expired. A paper published 'for discussion' today reveals that the Solicitors Regulation Authority is considering retaining the Solicitors' Indemnity Fund (SIF), the closure of which was first announced in 2013, 'with changes to reduce operating costs'.

The announcement will come as a relief to solicitors, particularly those working in small firms and as sole practitioners. 'We welcome the SRA taking the next step of looking at how consumers of legal services can continue to be protected,' said Law Society president I. Stephanie Boyce. 'The SRA has also recognised that consumers could face serious detriment if post six year claims are left unaddressed.'

The SIF, originally established as a temporary arrangement in the hope that commercial insurance cover could be found, is currently on life-support until September 2023 following an undertaking by the SRA to underwrite potential liabilities. A previous consultation, which ran for three months to February this year, attracted more than 300 responses, overwhelmingly raising concerns about the closure.

Announcing the new consultation, which is open for less than one month, SRA board chair Anna Bradley said: ‘Our work over the last few months has helped us to better understand what consumer protection for negligence claims brought more than six years after a firm has closed can offer some users of legal services. We have also been looking at how best to maintain that protection in a cost-effective and proportionate way, if we decide that’s the right thing to do.'

Lymington solicitor Clive Sutton, who has led the Sole Practitioners Group's lobbying on the issue, said it is 'essential that the funds currently in SIF, which were provided by the profession for their future protection, should be ring fenced in any ongoing scheme'.

He noted that the options points 'are in general terms and do not take into account other expert evidence to the effect that the current SIF scheme could be almost self-supporting if indemnified by the profession with the use of the investment income of the fund'.

A final decision will be made at the SRA's September board meeting. Such meetings are currently closed to the press.

The consultation on the SRA proposals closes on 31 August.