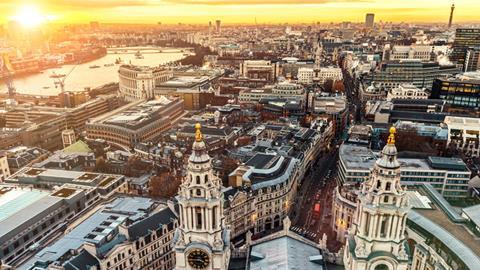 The City of London Law Society (CLLS) has said the focus of the Solicitors Regulation Authority’s consultation on breaches of professional standards does not reflect the issues facing City lawyers.

Responding to the SRA’s Question of Trust consultation, the CLLS said that scenarios so far considered to help form a proposed ‘regulatory framework’ to pinpoint the most serious breaches are ‘far removed’ from the day-to-day issues faced by lawyers in large commercial firms.

The response continued: ‘The framework of suggested responses may appear irrelevant or insufficiently tailored to the very different working environment and set of issues and concerns that tend to arise when working for sophisticated corporate and banking clients.’

It also noted that the consultation explicitly deals with practising solicitors and those involved directly in delivering advice to clients, rather than addressing firm breaches.

The CLLS said that due to the importance for the City of the relationship between the SRA’s concerns about individuals and associated concerns about firms, it was difficult to comment sensibly on the consultation, which is only ‘one part of the full picture’.

It added: ‘Problems caused by individuals will often become problems for the firm (including reputationally).’

The CLLS also warned against the proposal to create a ‘reference framework’, echoing concerns raised by the Law Society last week.

The CLLS suggested that instead the SRA should list the facts it will take into account, such as the degree of harm suffered by the client or the level of sophistication of the client.

The society’s response said: ‘There is an inherent danger in producing a tabulated reference framework setting out the SRA’s views on likely outcomes in relation to particular concerns. This may come to be applied to rigidly […] and suggests a move towards a "box-ticking" approach to compliance and enforcement’.

This approach, the response warned, could result in perceived unfairness if the framework is overridden, and would not be able to address the myriad of different combination of factors that are at play in real-life scenarios.

The response also noted that some of the serious sanctions, such as striking off or suspensions, are within the jurisdiction of the Solicitors Disciplinary Tribunal, and said it was not clear how the SRA’s code and the SDT’s jurisdiction would interrelate, potentially creating confusion.

The SRA consultation employed interactive online voting and a nationwide tour of practitioners to establish a framework for regulatory decisions. The process, which attracted 2,350 online responses, closed on Sunday. Any action in response is likely to be announced in the summer.