Europe’s new patent court could become a vehicle for abuse by so-called ‘patent trolls’, some of the world’s largest information technology companies have warned.

In an open letter published yesterday, 14 major businesses say that proposed procedures for the court open up the way for exploitation by so-called patent assertion entities, businesses set up to extract settlements by threatening law suits on behalf of patent holders.

The Unified Patent Court (UPC), will consist of a court of first instance, a court of appeal and a registry, providing a single patent registration and enforcement system for 25 countries. It is expected to be operational from 2015 and be based in Paris, Munich and London.

The technology companies’ letter, whose signatories include Apple, Deutsche Telekom, Google and Samsung Electronics, warns of weaknesses in draft rules of procedure for the court. In particular, the authors say that a lack of sufficient guidelines on when to grant injunctions ‘will create strong incentives for abusive behaviours and harm the innnovation that the patent system is designed to promote’. 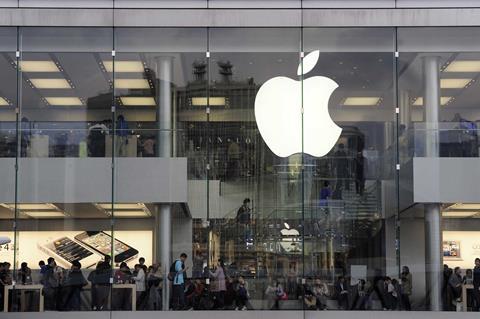 Another danger arises from ‘bifurcation’. The rules of procedure allow questions of validity and infringement to be decided by different courts in the same case but give ‘little guidance on when this should be done’. This might enable plaintiffs to obtain a quick infringement ruling, along with an injunction barring products the European market, before any determination of whether the patent in question is valid.

‘Given the drastic impact of such an injunction on the defendant, unprincipled plaintiffs would be able to extract substantial royalties (through settlements or verdicts) from European and other companies based on low-quality, and potentially invalid patents,’ the letter warns.

Patent assertion entities, which account for some 60% of patent litigation in the US, have already begun to set up in Europe, the letter says. Despite the weaknesses of their legal claims, such entities are often highly profitable due to their success in extracting settlements.

The authors say procedural adjustments are needed to provide clear guidance and predictability on how bifurcated proceedings where the validity of a patent is issue should be handled, and to permit defendants in bifurcated cases to obtain a stay of infringement proceedings until a decision on validity has been reached.

Rebecca Halford-Harrison, IP and litigation partner at City firm Kemp Little echoed the call for more clarity on procedures. ‘If we are to avoid the risk of abuse of the system by of enforcement of weak patents by non-practising entities, one really effective way to do that would be to have a means of applying to fast-track appeals of interim injunctions to the central court, but it is not clear whether that will be an option.

‘There are a lot of issues to sort out before we can be confident that the system will deliver reliable justice,’ she said.

The court’s preparatory committee is due to adopt a final draft of the rules of procedure next summer.