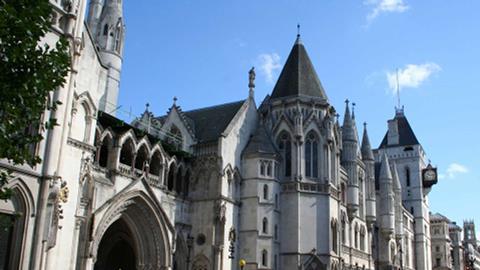 A woman who exaggerated a personal injury claim against a public body has been sentenced to three months in prison.

The organisation, which manages council housing in the London borough, admitted liability and offered Fari £7,500. But she did not accept the offer, claiming the injury had ‘drastically altered’ her life.

Her claim was struck out by a judge in October after video evidence revealed a huge difference between how she presented herself in medical examinations and how she appeared when out near her home.

Today in the High Court Mr Justice Spencer sentenced Fari to three months in prison, but stayed her jail term pending any appeal. If an appeal is not lodged by 29 November, she will have to surrender to custody.

Last week, the same judge found Fari and her husband Piper, who he said was complicit in the deception, guilty of contempt of court. He received a two-month prison sentence suspended for 12 months.  The couple have been ordered to pay the defendant’s costs, assessed in the sum of £100,000.

Homes for Haringey’s solicitor, Jennifer Harris of Plexus Law, said: ‘This is a stark warning to anyone tempted to exaggerate a personal injury claim. It is not just their compensation they risk losing but also their liberty.

‘If the original claim had been for a realistic sum which reflected the true extent of the injury this case would have been settled long ago and need never have come to court. The courts have sent a consistent and strong message at every stage of these proceedings – fraudulent behaviour will not be tolerated.’

Mark Dyson, insurance partner at Plexus Law, added: ‘This decision will make a huge difference in terms of future and indeed current personal injury claims, forcing claimants to focus purely on pursuing the genuine element of their claim, and helping the insurance industry to contain its costs which in turn will benefit society generally.’