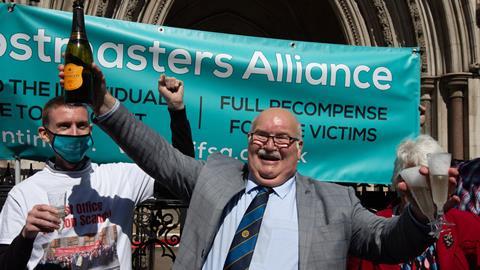 A ‘new dawn’ that became a nightmare for subpostmasters

The Great Post Office Scandal: The fight to expose a multimillion pound IT disaster which put innocent people in jail

The Post Office’s rollout of a new accounting system at the turn of the millennium was supposed to herald ‘a new dawn’ for subpostmasters, agents of the Post Office who run local branches.

Instead, the Fujitsu-developed Horizon system brought misery to hundreds as the fatally flawed technology caused inexplicable discrepancies in branch accounts, often to the tune of tens of thousands of pounds.

The Great Post Office Scandal, the product of more than a decade of reporting by journalist Nick Wallis, is a comprehensive and compelling account of a staggering miscarriage of justice at the hands of a national institution which ‘turned itself into the nation’s most untrustworthy brand’.

Between 2000 and 2015, 738 Post Office employees were convicted, and some jailed, on charges including theft, false accounting and fraud based on evidence from Horizon. Others were sacked or paid out their own money to make up shortfalls, losing their homes and savings – and, in some cases, mental health ­– in the process.

This book is, in many ways, about the power of journalism to expose miscarriages of justice, from the first Computer Weekly investigation in 2009 to dogged attempts to keep the story in the public eye as the subpostmasters’ battle for justice rumbled on.

The Post Office’s heavy-handed use of the law – allegedly using theft charges to obtain confiscation orders, or procure guilty pleas to false accounting, as well its wholesale disclosure failures – is front and centre of Wallis’ book.

It also highlights the lack of legal redress which has been available to the subpostmasters so far: in 2019, the Post Office settled a civil claim brought by 555 subpostmasters for £57.75m following a series of damning rulings.

Wallis is able to give a rare, detailed account of the game of ‘high stakes poker’ which led to the settlement, but reports it left just a little over £10m to be distributed between the claimants, described by one as ‘nothing but a great win for the Post Office’.

In April, when 39 innocent men and women finally had their names cleared by the Court of Appeal, which found their prosecutions were ‘an affront to justice’, there was anger and sadness amid the elation. How could there not be? They will never get their lives back, while three sadly did not live to see the day.

More than anything else, though, this book is about the determination of those treated appallingly by the Post Office to fight the injustice they suffered. Wallis gives their individual stories the prominence they deserve, and tells them in their own words.

It is a first-rate piece of long-form journalism, the story of a long-running scandal told with empathy and compassion while deftly explaining the complex, technical issues.

With more appeals to come and an ongoing public inquiry, a revised and updated edition seems inevitable. One can only hope a full-blown sequel is not necessary.

Sam Tobin is a reporter at the Law Society Gazette