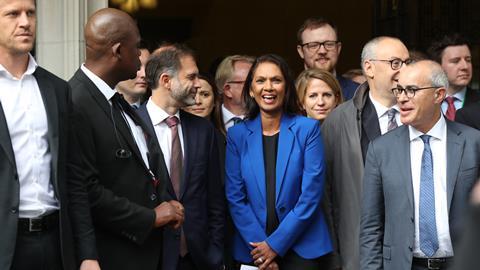 And the fault will be ours

Trials of the State: Law and the Decline of Politics
Jonathan Sumption

I wish I had been more attentive in my undergraduate course in Constitutional and Administrative Law. The structure and operation of ‘The State’ did not seem to have much relevance to me back then. Mrs. Thatcher had been in power for two years and the miner’s strike was brewing. The concept of Parliamentary Sovereignty and the process Judicial Review seemed unrelated to my political reality or to the political world as I experienced it. How wrong I was and how I wish now that I had got to grips with the legal principles, practices and conventions that determine the structure of our modern democracy.

I have had some rapid catching-up to do. First, because my legal practice is centered on human rights. Second, because I had a minor role in R (Miller) v Secretary of State for Exiting the European Union [2017] UKSC 5 – the Article 50 challenge lead by Gina Miller. Third, because Miller (No. 2) [2019] UKSC 41, in which I did not have even a spear carrying role, threw a juridical cat amongst the political pigeons in terms of the Sovereignty of Parliament, which I had neglected to grapple with as a law student.

Jonathan Sumption is reckoned to be one of the cleverest people in England. No doubt this is why he was invited to give the Reith Lectures 2019, now published as the book under review. Sumption spans Law’s Empire as both jurist and historian. I fear that his elegant disposition on the present constitutional ‘crisis’ (crisis what crisis), succinct and sharp, will become an unwilling supplement in the pernicious counter-narrative that is developing about law and politics in 21st Century UK (PLC).

I call this a pernicious counter-narrative because embedded in the Conservative Party Manifesto, articulated in the Queen’s Speech, and taking its ideology from think-tanks such as Policy Exchange is a dangerous tendency to want to recalibrate the relationship between law and politics masked as an attack on apparently over ambitious judges, the incursion of nasty Continental influences via the back door of Strasbourg and the decline of democracy which only politicians – by which is meant the Executive (government and the agencies and agents of governance) – can save.

I can agree with Sumption that public engagement in politics is needed. I agree that enabled politics should accommodate differences of interest and opinion.

I do not agree that aims to centralize power within the Executive by re-balancing the separation of powers within our delicate unwritten constitution is a wise thing that will save democracy and that if not done ‘the fault will be ours’ as Sumption suggests. The plans afoot by the government are being touted as a need to restrict judicial authority, a need to review (restrict) human rights law and jurisprudence, a need to limit access to judicial review (political litigation) by (vested) interest groups.

This peddling and meddling is in effect giving more power to politicians and their servants and servicing a political rhetoric which articulates a corporate model of public life stripped of ‘progressive’ liberal ideologies (within the vested institutions of the Establishment), the ‘big state’ (specifically London) without the need for moral authority about justice, rights, freedom – those principles which our democracy should secure and protect for all and not the elected few and their servants.

I believe that this is not the strategy that Jonathan Sumption intended to endorse. But his analysis of the current constitutional ‘crisis’ – what he sees as a crisis of democracy – unwittingly supports aspects of this pernicious party planning. Which is unfortunate for one of the cleverest men in the country.