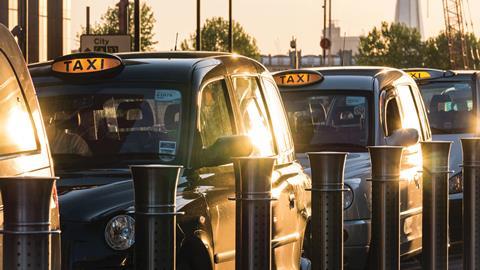 BOOK REVIEW: Gift of the cab

Within the niche area of licensing law, there can be few lawyers who deal solely with taxi licensing. So, as an ad hoc taxi lawyer, it is great to be able to rely on James Button’s authoritative textbook (known as the taxi licensing law ‘bible’).

Following a Law Commission review of taxi legislation in 2011, which reported in May 2014, the government has still not responded and is unlikely to do so with Brexit on its plate. But changes regionally are afoot. So while most of the UK will be stuck with legislation originally designed for horse-drawn vehicles, following deregulation under the Wales Act 2017, Wales is intending to bring into force new taxi legislation in 2022. This is likely to raise issues in English counties bordering Wales and beyond.

While taxi legislation has been tinkered with, it has not kept pace with technology. For example, the law does not cater for app-based systems such as Uber, which has grown exponentially since its 2012 London launch. This new edition attempts to put these developments into context and explains the impact of new legislation and case law. For example, the Immigration Act 2016 introduced a requirement that all Hackney and private-hire drivers must be able to demonstrate their right to remain and to work in the UK. Elsewhere, the Deregulation Act 2015 has relaxed the rules for private hire operators outside London, so that bookings can now be sub-contracted to other licensed operators in mainland Britain (although this in itself has created further problems).

In terms of case law, the definition of ‘plying for hire’ is still not conclusive, despite its examination in Dudley MBC v Arif and Gateshead Council v Henderson. Transport for London v Uber London Ltd confirmed that a smartphone app used to calculate a fare is not a taximeter. Stockton-on-Tees BC v Fidler confirmed the legality of Hackney carriages being used for pre-booked work outside their licensed district. The practice of suspending drivers’ licences pending investigation and then revoking the licence was found to be unlawful in R (Singh) v Cardiff City Council.

The textbook follows a very logical explanation of the licensing of vehicles, drivers and operators outside and within London. Button manages to break down what is complex legislation into a user-friendly explanation of the relevant law and procedures.

Until the government finally overhauls taxi licensing legislation, I envisage that the fourth edition of Button’s textbook will remain the ‘go-to’ reference text for taxi licensing practitioners.

Richard Williams is a partner at Joelson, London