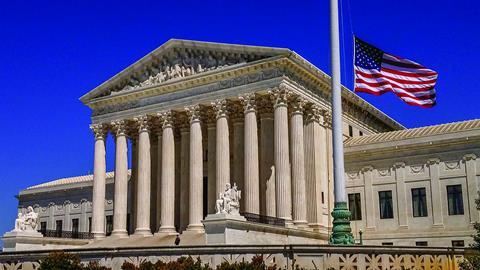 Restoring The Global Judiciary: Why The Supreme Court Should Rule In US Foreign Affairs

Given the UK’s executive machinery seems intent on tabloid-fuelled confrontation with the judiciary, Martin Flaherty’s call for courts in the US to defer less to political branches of federal power, particularly in the realm of foreign policy, may resonate.

Flaherty, a professor of international human rights law at Fordham Law School, charts the changing relationship between his country’s judiciary and executive power, from its founding to the present day, through the lens of foreign policy. Noting the generally accepted view that foreign policy is the preserve of the executive rather than the courts, he positions the judiciary as a check on executive power in domestic and international matters, inherently and by design.

Flaherty argues that the idea that the courts should stay out of international business as it is the preserve solely of the government – and, in particular, the president – is unfounded and results from the upheaval and uncertainty of the second world war and the cold war. Married to the effects of globalisation bringing international cohorts together, this left a perception that matters of importance to the whole world should be dealt with by and between those at the top.

This viewpoint reveals more than just the attitudes of western politicians to law and something fundamental about the American experience. Creating a democratic framework from scratch, although influenced by the historic British position, meant that a constant state of negotiation was required in order to ensure there were checks and balances in the new state. Even once the ‘agreed’ position was drawn up in the form of the Constitution, broad or narrow interpretations of that underlying text persist and an arbiter, whatever the field, was fundamental to its design.

The view of the US as litigious perhaps misidentifies the centrality of law in its democratic design – and why doesn’t this extend extra-jurisdictionally as far as foreign policy?

But this is not a prognosis of despair. Flaherty identifies extraordinary moments where the judiciary, far from withdrawing from interference in US foreign matters, takes an active role (many of the defining moments of the Trump administration have involved the courts).

In fact, he argues that a more active judiciary may be key to solving an imbalance of authority and even deadlock at the heart of US politics. This thesis is an intriguing one: could a resurgence in judicial interference in foreign policy find favour with constitutional purists, as well as those on the more liberal end of the spectrum?