Getting personal – starting a significant debate

What if the law was different for each of us? Asymmetry of knowledge, resources, resilience, culpability exists in any situation: why should one size fit all?

An unprecedented amount of individual data is now recorded. With technologies emerging to make sense of it, the idea that law could be personalised – that it could vary depending on the individual(s) involved – is a real and important point for debate and forms the basis of this book.

The authors acknowledge at the outset that ‘personalized law’ is ‘alarming because it gives the government immense data about its citizens...[and because] it threatens a fundamental principle of liberalism: equality under the law’. Their goal is not to advocate, but rather explore the implications of a changed world, one where individual data on all aspects of one’s life may be available, and the resulting consequences for a common law system. 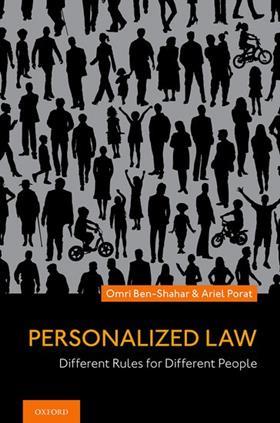 Such a change would be revolutionary; the idea of legal decisions being made by algorithm perceived as anathema to both legal insiders and the public. But are there (counterintuitively perhaps) opportunities here to create a more nuanced, equitable system? The laws of tort, based around duties of care, lend themselves to this analysis and this is where the book opens.

To take a brief part of the argument as an exemplar, Ben-Shahar and Porat consider a personalised standard of care based on skill. The greater the skill an individual has in, say, introducing or operating technology that could work to prevent an accident, the greater the obligation should be to employ or deploy it. The underlying duty is personalised, not simply the liability. The foreseeable downside is the removal of incentives: why seek enhanced skill (even should it work to reduce harm) when doing so means a greater likelihood of being held to a higher standard?

The issues addressed are difficult, but critical. As big data increasingly drives decision-making, the impact on law, regulation and justice needs to be carefully considered and, given the pace of change, regularly reappraised.

This book is an excellent opening salvo. The writing is clear and the matter investigated from many angles.

Ultimately, the authors take the view that with the status quo ‘uniformity of commands... [is a] solution that squanders many of the benefits that good law can generate’; but make no mistake, this is just the start of a truly significant debate.