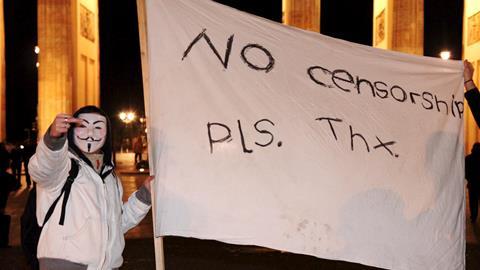 How freedom of expression survived censorship

Dangerous Ideas: A Brief History of Censorship in the West, from the Ancients to Fake News

There has always been censorship. People in power of any kind do not like discussion or challenges to their place in society. Censorship can be political, religious or moral. It started in classical times and continues today. Many countries today do not have a free press or unrestricted use of social media. Censorship in the past usually meant burning books on bonfires because it was claimed that fire somehow cleanses society. Modern censorship can be more subtle. There are plenty of accounts of people being banned, dismissed or derided for their views. There is a ‘cancel culture’ that limits the free expression of ideas.

Censorship has always been about people in power wanting to protect their position and their view that they know better than anyone else. Powerful people do not want to share their hold on society. Coupled with this is the fear that the poor and disadvantaged sectors of society will be unsettled or corrupted. Corrupted in that sense means not being satisfied with their position in life.

Censors usually only get upset when literature they do not like is widely available. When pornography is only available to a small, usually rich, section of society then no one is concerned but bring out a cheap, paperback version that the ‘lower orders’ can read then censors bring the whole weight of the law crashing down. The prosecutor John Griffith-Jones’ famous remark in the obscenity trial about D. H. Lawrence’s Lady Chatterley’s Lover as to whether the novel was something ‘you would even wish your wife or servants to read’ sums up this attitude. The publicity surrounding that court case did wonders for sales.

This excellent history covers medieval and ancient history but it is written from an American perspective which adds to the interest. Despite the Bill of Rights, America has had a mixed history on freedom of speech. Abolitionist literature was censored in the 19th century as well as left-wing material in the 20th. In some states in the US there were laws in 1918 to prevent people speaking languages other than English. Free speech was fine but not in German. 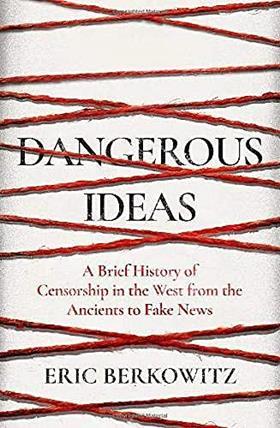 This country has not fared much better. There were political prosecutions in the age of revolution. An irony is that the people advocating for freedom often become the oppressors. Each revolution experiences this double standard. Thomas Paine, the 18th century supporter of the American Revolution, fled to France to escape persecution and was nearly executed there for his ideas. We have not been much better in this country. As late as the 1930s, Britain films criticising Hitler and Nazis were banned. There was censorship during the second world war. The book states that Spanish ‘flu is so called because Spain was the only country that allowed discussion of the disease’.

Often censors try to ban not only books but cultures and languages too. Minorities are not tolerated and are forced to blend in with the dominant power. Society cannot censor ideas. Ban a book and there will always some copies left over. Ban art as corrupting and the next exhibition by that artist will be sold out.

The right to freedom of thought, belief and religion is now legally protected, as well as the right to change one’s mind and put those beliefs into practice. However, those rights are not always protected or honoured. Unpopular and undesirable thoughts are censored. Our values about society do not always allow for dissent. There is plenty in this book for lawyers to ponder. The Hicklin test which defines obscenity ‘to deprave and corrupt those whose minds are open to such immoral influences’ is similar on both sides of the Atlantic.

The great safeguards for freedom of expression have always rested with the jury system which reflects differing opinions and fairness and common sense. And we lawyers have a part to play as well.