Populism on Trial: what happens when trust in law breaks down

Good timing. Populism on Trial thudded through my letterbox in the very week when a government minister made the most catastrophic short statement since Gerald Ratner wiped £700m off his company's value with the word ‘crap’. 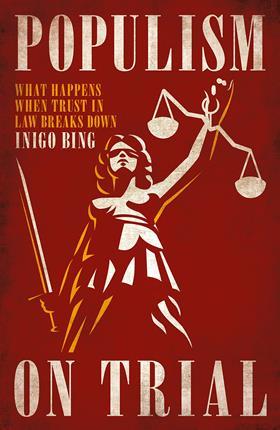 Brandon Lewis’ ‘limited and specific’ admission, closely followed by the lord chancellor’s line about law breaking in an ‘unacceptable way’, has given an edge of urgent realism to a polemic which might otherwise be dismissed as a prime example of Boris derangement syndrome. Barrister and retired judge Inigo Bing’s book argues that the trashing of respect for the rule of law is a warning indicator of populist government – and that, since summer 2016, the UK has been on that slippery slope.

Bing’s polemic (his word) shows signs of hasty writing, or perhaps that publishers don’t retain copy editors these days. The European Convention on Human Rights is introduced as dating from 1998; the Liverpool toddler murdered in 1993 was James, not ‘Jamie’ Bulger. More seriously, the Argentinian vessel General Belgrano, sunk in 1982, was emphatically not a ‘cruise ship’ - though such is Bing’s antipathy to  Margaret Thatcher that perhaps this is a genuine misapprehension.

Certainly the author’s political heart is worn on his sleeve. His argument is book-ended with references to Thatcher’s guru Friedrich Hayek in a way that presents a novel interpretation of Hayek’s commitment to the importance of the rule of law. And Jeremy Corbyn, who Bing admits ticks most of the 'populist' boxes, gets off lightly.

Bing’s main target, of course, is Boris Johnson, who is credited with an almost superhumanly successful game plan. A 1993 article in the Spectator, for example, ’succeeded in planting a narrative in the public mind that the judiciary was becoming too strong’. At the time, the Spectator had a circulation of less than 40,000.

Nonetheless, in perhaps the book's most successful argument, Bing offers solid reasons why we would not want to return to an age when home secretaries, judges and police chiefs sang from the same unquestioning hymnsheet. His exhibits include the familiar examples of the Evans and Bentley hangings, along with the oft-overlooked but pivotal Confait murder case. His assumption, though he doesn’t name names, is that current critics of judicial activism want to take us back to those days.

Rather than curbing activism, he argues, we should celebrate the achievements of judges and lawyers who, by challenging the status quo helped build a vastly better Britain than that of the 'gloomy times'. But at the same time we should be vigilant against attacks on our institutions as they currently stand, lest they mark the beginning of the slide into dictatorship. Fair enough, but I can't help thinking that Bing's arguments will work best with the already converted.