End of an Era: How China’s Authoritarian Revival is Undermining Its Rise 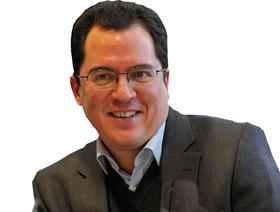 The idea of the rise of China is a deeply entrenched idea in western politics, the media and business. According to this narrative, with the economic reforms that gathered pace from the 1980s onwards China’s potential has been unlocked – enterprise and industry thriving under benign and effective central direction.

We hear of awe-inspiring infrastructure projects which start and finish while democracies are still struggling through planning difficulties and judicial reviews around comparatively minor rail projects. If Heathrow’s third runway were decided along Chinese lines, we would likely already be landing on it while planning runways four and five.

Statistics on the number of engineering graduates produced annually inspire awe. And Theresa May has surely clocked that president Xi Jinping has a more relaxingly pliant national assembly than she does. China’s human rights record we know to be poor, but growing wealth has surely benefitted the many not the few.

In End of an Era, legal academic Carl Minzner invites us to look more closely at the destabilising effect an increase in authoritarian policies is having on Chinese society, its economy and its governance.

The technocratic ‘reform era’ that stabilised China after Mao’s death – society and the Communist Party had both had enough of purges and hardline Marxist ideology – laid the foundations for a period of sustained economic growth.

The country’s legal infrastructure was built up and strengthened. Commerce was partially liberalised, and foreign investment allowed. And there with a growing confidence in how the state would behave – such predictability building confidence. By the early 2000s, civil society groups and ‘activist’ lawyers were growing in importance, providing a manageable release for the pressure that builds up from accumulated grievances.

But China, Minzer argues, is trapped in a cycle whereby reaction and clampdown follow each attempt at necessary reform. The imprisonment of lawyers and civic leaders, harsher censorship and persecution of those giving a voice to grievances has choked off orderly expressions of discontent.

The result has been a dramatic rise in spontaneous protests and acts of violence, from sit-ins to bus bombs. Despite the threat of severe state retribution for disorder, where disorder erupts it attracts involvement from others who have separate grievances. The risk of incidents getting out of hand has increased exponentially.

Declining social mobility, severe wealth inequality, and the impact of China’s policy of classing families as rural or urban (by which rural migrants to the cities are denied basic rights) are all making China harder to control.

That a college education increasingly does not lead to good job prospects is a widespread source of resentment, and the elite who have benefited from China’s rise are responding to the instability by placing their money and their college-age children abroad.

The bureaucracy that China relies on to function has been restructured to place president Xi at its centre, and under guise of fighting corruption Xi has taken to ‘disgracing’ any rival who grows in popularity. In such an atmosphere, it is suggested, we also do not know if China’s reported economic successes are real – local cadres and officials do not want to report failures.

Faced with the inevitable problems that come with trying to hold these powerful tensions in check, Xi has sought ‘bottom-up’ support by creating and enforcing his own personality cult. He has welded that to encouraging a revival in ethnocentric identity politics, aimed at repressing minorities with grievances.

Minzner is not predicting imminent regime collapse or regime change. China, he concludes, may not be at a crossroads: ‘Rather it may be in a downward spiral.’

What are we, and specifically the US, to do with such information? We should prepare for China to become a high-risk jurisdiction in which to do business – something global companies are already finding, as Beijing seeks to promote native enterprises and values. We can expect China’s trade policy to become more focused on short-term goals as it seeks to avert immediate political and economic crises.

The US needs to hold a steady line in the face of an increasingly unstable China, Minzner says. It should not be hoping for or supporting regime change, but equally should avoid an expedient ‘easy embrace’ of authoritarian regimes. The US also needs to ‘uphold its liberal values at home’ as, when it comes to foreign policy, ‘America’s strength is not measured simply by the size of its GDP’.

End of an Era is the broad yet authoritative book its author set out to write. It challenges widespread assumptions about modern China, and does so with a case that is as convincing as it is worrying.

For all the UK’s current troubles, we do not have problems like China has problems. But as some urge trade deals and alliances with ‘the rest of the world’, this book is also a reminder that the world is not always as we’ve been led to believe it is.

Eduardo Reyes is features editor of the Law Society Gazette