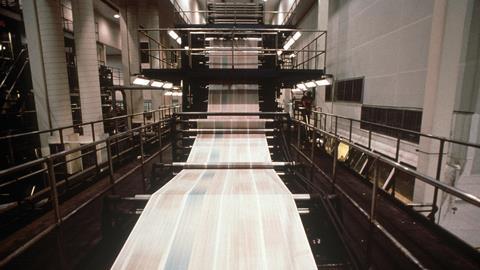 The truth is out there

Reputation Matters: How to Protect Your Professional Reputation

In 1932 a new political party presented the British people with a programme guaranteeing freedom of the press – for editors and proprietors who printed the truth. Publishing fake news would be a criminal offence ‘and the penalty will be particularly severe if it can be shown that such publication was deliberately and maliciously conceived in support of a private interest’.

The party was the British Union of Fascists. I cite this not to accuse campaigners for press regulation of fascism – a label more likely to be thrown at free speech advocates such as Elon Musk, these days – but to highlight that the idea that freedom should apply only to the ‘responsible’ press is not new.

Nonetheless veteran libel solicitor and self-styled litigation PR Jonathan Coad reckons it is an idea whose time has come. He argues that appalling behaviour by parts of what he quaintly calls ‘Fleet Street’ should be tackled by statutory regulation along the lines of that applying to broadcasters. You will find plenty of examples in Reputation Matters, along with astute observations about how different parts of the media respond to legal threats.

Naturally, Coad bases his argument on human rights – cheekily homing in on the Article 10 right to freedom of expression. Noting the article’s ‘duties and responsibilities’ clause, he states: ‘I take that to mean that “information” that is in fact false is not information at all and therefore falls outside the Article 10 right.’

Fleet Street thus is ‘a serial human rights abuser’ and colleagues who work for ‘titles who will neither submit themselves to any form of independent or effective regulation, and for whom the truth is often an unwanted impediment to pursuing editorial and financial agendas, then for at least a proportion of your time you are facilitating the serial infringement of the human rights both of the subjects and the readers of the resulting copy’.

Of course some would say that the subjects of untruths already have recourse to defamation laws, as well as a creeping privacy law against which ‘truth’ provides little protection. As for the readers, nobody forces them to look at the junk press. (Coad may not have noticed, but the days are gone when every high street had a newsagent adorned with lurid newsbills.)

Also questionable is Coad’s argument that one way to a better press is to engage a litigation PR to respond assertively to perceived infringements. There is no doubt that responsible and well-resourced titles will take more care when covering individuals and corporations who are known to be litigious. But others will merely switch to softer targets – dead royals are the obvious ones – or outright fabrication: does anyone else remember ‘World War II Bomber Found on Moon’? That seems an odd way of reducing the amount of misinformation disseminated.

Coad’s second front in his stated ambition to ‘improve the quality of the news media’ is regulation. Here, he maintains, we have empirical evidence that a better media is possible – it is in front of our eyes. Coad rightly contrasts the editorial standards of the Ofcom-regulated broadcast media, especially the BBC, with those of the effectively self-regulated Fleet Street titles. Why not impose Ofcom-style standards, backed up with the threat of licence removal, across the lot?

The idea is tempting, but, as we are seeing with the debate over the Online Harms Bill, with its troubling concept of ‘legal but harmful’ content, flawed. We might not like the junk press, but, as Tom Stoppard once pointed out, its very existence is the sign of a society that has got something right – that no one has the power to decide where responsible journalism begins and ends. Do we really want to give that power to a new regulatory blob, run by the sort of people who work in regulatory blobs?

After all, if all we’re interested in is The Truth, we need only one newspaper, broadcaster or book. And that has been tried before, too.

My standard advice to anyone who is aggrieved by a newspaper story, or who is defamed, is to tell them to forget it. The more attention you draw to the misstatement, the worse you will make it. Today’s newspapers are tomorrow’s fish and chip wrappers – move on. This excellent book shows how wrong I have been, at least if you move in the world of celebrity and big business. The author quotes Warren Buffett, who said it takes years to build a reputation and five minutes to destroy it.

Coad is a highly experienced and engaging expert, having had a varied career and been involved in many high-profile cases. He is critical of fellow lawyers and quite rightly holds them to the high standards of probity we are all expected to practise.

The world of commercial and celebrity reputations is not directly experienced by most of the profession and this book offers a gripping glimpse of this branch of the law.

There are some interesting incidents and stories, including the client who asked for advice on a defamatory letter. The author explained about the likely defence of ‘qualified privilege’ and the client wrote those words on the letter complained of, thereby giving away the substance of his advice if that document was disclosed.

There is also an account of no one, including the judge, being able to find a fax machine that worked. Before email, fax machines were an important part of legal life. I remember the 1990s and the temptation to turn off the fax machine when the office closed, otherwise you would arrive in the office the next day and find reams of letters sent after hours. I was never sure what the sender thought they would achieve as hard copies were also in the DX.

The real heroes of this book are the courts and judges which are incorruptible and not easily swayed by pressure. Media list judges are highly trained specialists who bring much common sense to this world. This is a fascinating and challenging book for both those involved in this sort of work and general readers.