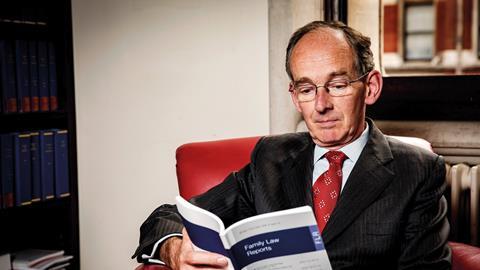 This book is written with legal practitioners in mind – but journalists and the public would enjoy it too. It is a very readable and engaging account of a fast-changing and exciting area of law.

STOP PRESS: the common law position is that the way justice is done must be open. There are few exceptions to this openness. That is not the impression I have had in my almost 20 years as a family law practitioner. As the author points out, the common law position has been departed from by the Family Procedure Rule Committee. And he rightly asks: can the rule-makers change the law?

Burrows attempts to unravel this complex area of law. All practitioners who engage in family law litigation ought to read this book. It examines:

Burrows litters his book with judicial comments which help the reader understand difficult legal concepts, as well as adding colour and context. One example is Burrows’ discussion of parties agreeing to restrict reporting but their consensual efforts being robustly rejected by the court. In Spencer v Spencer (Princess Diana’s brother’s finance case) such a rejection prompted the parties to settle the case out of court.

The book lists relevant statutes and rules, and where to find and interpret them: for example, the Human Rights Act 1998 and its inevitable internal conflicts between Articles 6, 8 and 10.

For Burrows, the Civil Procedure Rules are superior to the Family Procedure Rules as they follow the common law more closely and seem clearer. But if the book is updated it would be good if the author gave his view on the subject. What would he change and how?

I am a big fan of transparency in family courts; the lack of openness needs to be urgently addressed. Among the public, there has been a diminishing faith in the courts, due to a routine lack of openness. People’s private lives are so much the subject of self-disclosed details in social media that the family court’s opaqueness seems at odds with how we live.

The state’s powers are never so stark as when witnessed in care proceedings. Children are removed from their parents’ care with little or no outside scrutiny. The court mostly does good work but in such a shroud of secrecy, how would the public ever know?

There is some great work going on from which the Family Court might learn. The Court of Protection has opened up to allow Celia Kitzinger and Gill Loomes-Quinn et al to sit in on its proceedings. I would say that such a spotlight has enhanced its reputation. Judges (and practitioners) have been found to be compassionate and thoughtful, and have been seen to try to do the right (and usually difficult thing) in seemingly impossible circumstances.

The Transparency Project has been able to report on the Family Court and the world has not caved in. It has been brilliant and shows what can be done.

Sir Andrew McFarlane, president of the Family Division, is moving forward with the work that Sir James Munby started. The Family Division’s Transparency Review (which ironically sat in private) is due to report in the summer. I very much hope that a new way of working is adopted so that the public can scrutinise what the judiciary and practitioners are doing. That faith can be restored. Perhaps, too, national and local themes of need might emerge.

It seems to me that change is irresistible. If you are a jobbing family law practitioner you need to read Burrows’ book. Now is the time to learn and adopt non-court processes. Otherwise your clients are likely to face the  public’s gaze.