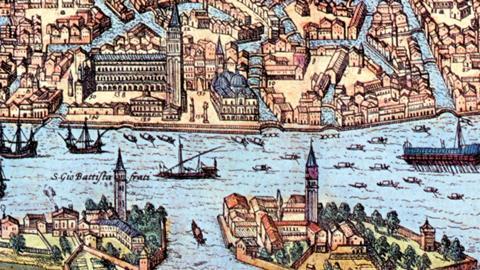 Why cities are the building blocks of international law

There were, of course, some exceptions to this lack of interest in public international law, usually when property was expropriated by foreign governments or if there was a question of international importance such as the siege of the Libyan People’s Bureau in 1984. On that occasion, following the murder of PC Yvonne Fletcher, the UK considered invoking Article 51 of the UN Convention (the right of self-defence) to justify an immediate incursion into Libya’s diplomatic premises so as to disarm the gunman. Professor Philippe Sands QC (who coincidentally attended the same LLM course in 1982) eloquently describes this rarefied approach to public international law in his seminal work East West Street in which he examines the origins of the concept of crimes against humanity and genocide.

In recent years, issues appertaining to public international law have arisen more frequently before the English courts (see, for example, Khawar Qureshi’s excellent Public International Law before the English Courts. In that work Qureshi lists and examines numerous public international law disputes heard by the courts in England. Those range from issues appertaining to diplomatic and state immunity, sanctions, treaty interpretation and extradition. An example of the latter is the extradition request filed by Baltasar Garzón (a Spanish examining magistrate) in 1998 unsuccessfully seeking the extradition from the UK of Augusto Pinochet, the Chilean dictator.

There are 35 essays in the book. Jacob Katz Cogan focuses on ‘International Organisations and Cities’. He reminds the reader that the World Bank, for example, frequently conditions its loans so as to stipulate that state enterprises be privatised, and urban poverty be relieved by improving local administration and ensuring that ‘good governance’ is in place. The World Bank provides technical assistance to help local authorities achieve such objectives, often with the added intention of increasing private investment in the subject country. Sometimes, however, the World Bank gets it drastically wrong. In the case of Ethiopia, the World Bank encouraged Ethiopia to privatise various state-owned enterprises but did not take into consideration that those very enterprises had been confiscated by the state when the previous Marxist government came to power. These actions of the World Bank provoked a multitude of claims on the part of the dispossessed owners. That was a clear example of how public international law can affect cities. A further example is the recent law promulgated in Poland time-barring any claims made by Holocaust survivors whose property was expropriated by the former communist Polish government.

Mirko Sossai writes in a chapter entitled ‘Invisibility of Cities in Classical International Law’ about the City State of Venice in the Renaissance period, the Free City of Danzig (Gdansk) and the attempts to internationalise Jerusalem. The Palestine Partition Plan approved by the UN General Assembly envisaged the City of Jerusalem as being subject to an international regime supervised by the UN Trusteeship Council. The purpose of the proposed internationalisation of Jerusalem was ‘to protect and to preserve the unique spiritual and religious interest located in the city of the three great monotheistic faiths throughout the world’. This proposal did not come to fruition, although, as Sossai observes, the status quo remains in place in Jerusalem, having being broadly initiated after the Crimean War by virtue of the treaty of Berlin in 1878. The status quo enabling freedom of worship and the coexistence of different religious communities in Jerusalem is perhaps one of the best examples of how cities can be accepted as subjects of public international law.

Moritz Baumgärtel, in a chapter entitled ‘Dispute Settlement’,  explores the issues that arise when municipal authorities become embroiled in dispute settlement mechanisms. Baumgärtel identifies numerous examples of municipalities being indirect participants in investment arbitrations. He cites the case of Metalclad v United Mexican States [2000] where the ICSID Tribunal held that Mexico was responsible for the actions of its municipalities. As Baumgärtel states: ‘International dispute settlement might be “going domestic”.’

I would commend this book to all lawyers practising in the field of public international law and to students of the subject. It is a useful and innovating reference book and contributes to a better understanding of the role of cities in various fields of international law.