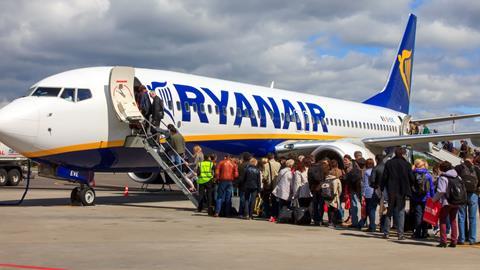 The High Court has held that Irish law can apply to a personal injury claim where the victim was injured at an English airport, as had been stipulated in the ticket contract drawn up by the airline.

The claimant, flying with Ryanair to Berlin, was injured going down steps at East Midlands Airport: the terms and conditions of the ticket said that Irish law governed the agreement and how to interpret it.

Ryanair argued in court that the contract did not apply to the claim and that English law had to apply instead – with the likely outcome that damages would be less as a result.

In Silverman v Ryanair DAC (Rev 1), Master McCloud said the case was significant to aviation law practitioners because it was a decision on whether an airline can disapply its own choice of law clauses and on how the Montreal Convention on airline liability is applied. She said the airline was clearly connected with the Irish jurisdiction and that Irish law was a ‘clear and unambiguous contractual choice’ by Ryanair, so it was applicable.

The court heard the dispute centred around a clause in the contract by which the claimant flew, which stated that ‘any dispute’ that arose would be subject to the jurisdiction of the Irish courts.

The claimant’s lawyers said the court’s approach to quantum should be governed by this clause, but the defendant argued that the contract did not specify that Irish law applied to the interpretation of the Montreal Convention, with the result that English law – where the case was brought – was the correct jurisdiction.

McCloud said that to enable a party to choose a foreign law could provide an ‘avenue or loophole’ capable of defeating the convention and what it was supposed to achieve. The intention of the convention was to prevent parties drawing up contracts that were open to interpretation, she added.