SRA leaders have said they have no plans to reform the indemnity insurance market despite reports that firms are struggling to cope with rising premiums.

Several delegates at the SRA’s compliance conference this week raised the issue of the hardening of the professional indemnity insurance market, and the knock-on effects on their ability to survive.

But despite attempts in the past to reduce the minimum terms and conditions, there appears no willingness on the part of the regulator to step in this time.

Chief executive Paul Philip acknowledged that costs had increased, but denied this had translated into firms collapsing. ‘Last year there was the same [number] of people closing because of not getting insurance and this year was even less,’ he said. ‘There is no doubt people can get indemnity insurance. The real question is when [a regulator would] attempt to intervene and think about changing the minimum terms and conditions. It is only when we see market failure.’ 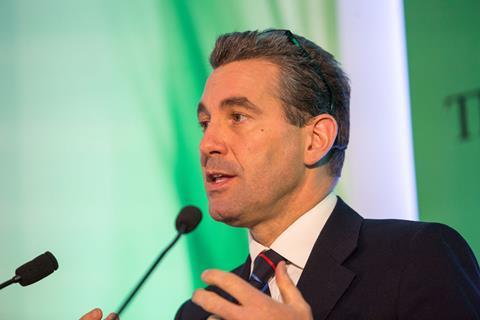 Philip acknowledged costs had increased, but denied this had translated into firms collapsing

Philip suggested that insurers would argue that solicitors were paying well below market rates for several years and told delegates that firms would ‘have to take the rough with the smooth’.

He added: ‘All the evidence, as opposed to anecdote, is that insurance premiums are going up and it is probably hitting profitability, but we would only intervene if we saw so much market failure [and] if it imposed on our regulatory objectives such as access to justice.’

Earlier this year, solicitors told the Gazette that they were facing the hardest market for indemnity cover since demutualisation more than 20 years ago, with premiums increasing by as much as 50%.

Robert Taylor, chief executive of the 360 Law Group, a consultancy law firm, said many practitioners had joined his business in the last year saying they can no longer sustain their small practice.

Taylor said: ‘The Legal Services Act 2007 was brought into force to encourage competition in the legal market and reduce hourly rate fees for consumers. But with the persistent increases in PII and the refusal of the SRA to intervene and assist their members and the consumer, the aim of the act has been eroded. If this trend continues only the larger practices will be able to continue to trade and the real consumers will not be able to afford to obtain access to qualified legal advice.’