An alarming surge in Covid-19 cases in the US has left prisoners facing imminent execution without effective legal representation, according to the national representative body of lawyers. In a letter to the White House, American Bar Association president Patricia Lee Refo has asked President Trump to grant reprieves in three federal capital cases. 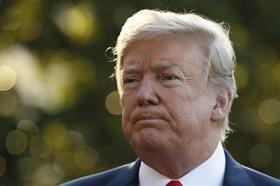 President Trump has been asked to grant reprieves

A moratorium on federal executions in the US ended this year. The American Bar Association says it does not take a position on the morality or legality of the death penalty itself, but is 'committed to ensuring that no death sentence is carried out without due process of law and zealous representation by counsel throughout every stage of the legal proceedings'.

The letter cites three cases which, the association says, give rise to concern.