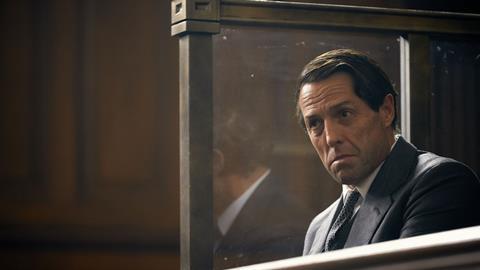 Very English Scandal: if in doubt, cut the solicitor

Truth was an inevitable casualty of last night's concluding episode A Very English Scandal, the BBC's acclaimed dramatisation of John Preston's book on the downfall of Jeremy Thorpe.

For example, legally knowledgeable viewers who were too young to remember the real events will have been puzzled by the fuss around the lifting of reporting restrictions for the Old Bailey jury trial: why were these imposed in the first place? Of course in real life, this happened at the previous year's commital hearing at Minehead Magistrates Court, left on the cutting room floor in the heroic effort of packing four years of high political and legal drama into a single hour-long show.

A great shame, in Obiter's opinion, because the compression of history meant that the two key solicitors in the affair made only brief appearances. Despite being characters who would normally be described as 'larger than life'.

That label certainly applied to Thorpe's principal legal adviser, the former chair of the Arts Council Lord 'two dinners' Goodman (1913-1995). Goodman was best known for acting for former prime minister Harold Wilson (who sensationally resigned on the first day of the trial of Thorpe's alleged hit-man for shooting Rinka the great Dane) but did not handle criminal work. Instead, he referred Thorpe to the equally formidable Sir David Napley (1915-1994) founder of Kingsley Napley and Law Society president from 1976-1977.

It was Napley who suggested the colourful George Carman as advocate - at a relatively modest fee of £15,000. 'The publicity will be worth £100,000 to you,' he told Carman when the barrister grumbled. He was right. But Napley undertook to handle the commital appearance, sweeping down to Somerset in his brown Rolls-Royce, reputedly always equipped with a case of Champagne in the boot, moving into Thorpe's guest cottage for the duration.

Everyone expected the commital hearing to rattle through with little publicity until the counsel for one of the defendants, George Deakin, asked the three magistrates to lift reporting restrictions. This of course made proceedings concerning all four defendants fair game, so Christmas came early to Minehead as the world's press descended to drink the off-season resort dry. Among those in court was Private Eye columnist Auberon Waugh, who had first brought Rinka's shooting to the attention of the London chatterari and was to stand against Thorpe as the dog-lover's candidate in the 1979 general election, polling 79 votes after his election address was pulped for being in contempt. In his column Waugh commented on the absence of any distracting news event like a prime ministerial resignation or royal divorce. 'I don't know whether it is just that Lord Goodman is getting older, but the British establishment seems to be losing its grip,' Waugh noted.

In the event, the commital hearing ran for four weeks. It had moments of high farce, including the disconcerting spectacle of the court clerk dictating proceedings into a primitive recording device fitted over his face like a Spitfire pilot's oxygen mask. It also saw some memorable exchanges with Norman Scott in the witness box. (By the way, would anyone in late 1970s England have called it the 'stand', as the BBC series has us believe?)

The court collapsed in laughter when, on asked by Napley why he carried a copy of a topical conspiracist book on political scandals, Scott replied that it was a volume of Anglo Saxon poetry. And when Napley quoted the line: 'Nor Hell a fury like a woman scorned', Scott retorted, unplayably, 'I am not a woman'.

That latter exchange featured in last night's BBC drama - but in the Old Bailey with Carman asking the questions. Is it the fate of even the most notable of solicitors to be written out of history? Someone should make a television programme about it...