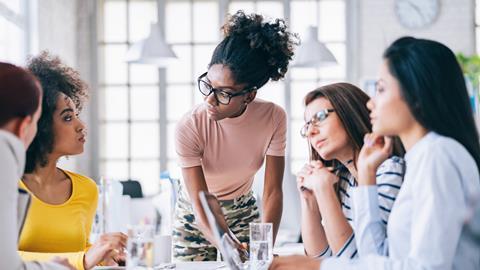 One year of the women in law pledge

2019 marked the centenary of the Sex Disqualification (Removal) Act which enabled women to become solicitors, barristers, jurors and magistrates for the first time – a giant leap forwards for gender equality in the profession. 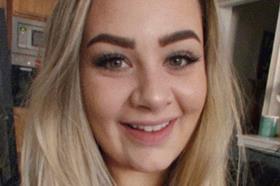 Yet, a hundred years on, women are still not reaching senior positions in equal numbers to men.

Last year the Law Society set out to uncover the barriers to women’s career progression which culminated with the launch of the Women in Law Pledge - created in collaboration with the Bar Council of England and Wales and the Chartered Institute of Legal Executives (CILEx) and with support from the then justice secretary David Gauke - at the international symposium focused on gender equality.

The symposium followed a year of dedicated and thorough research into the experiences of and obstacles for women in the law across the globe.

Looking at the reports published by the Law Society on women in law and the difficulties they face, we see that the same obstacles appear time and time again regardless of location.

Around the world, women reported facing barriers to career progression with unconscious bias, pay inequality, bullying and harassment and a lack of agile working as some of the most commonly cited. These inequalities manifest in a variety of different ways and prevent women from achieving the same successes as their male counterparts.

The reports highlight a need for change and greater flexibility across many aspects of the legal profession.

The Covid-19 pandemic has forced the sector to work more flexibly which has undoubtedly been a positive change for a number of people and women in particular. With it there has been a rise in new challenges, like balancing childcare responsibilities for example, but this new way of working, and the shift in mindset, is integral to modernising the sector.

It is certainly a good thing to take advantage of opportunities to change, modernise and practise inclusivity when they are presented to you, however these things should also be done, or at least attempted, outside of these circumstances.

The main aim of the pledge is to offer organisations both support and guidance to make positive steps towards gender equality and encourage firms to be transparent about their process to encourage a culture of change.

A year on from the launch, it’s important to reflect on what impact it has had on signatories and the profession.

Since the launch last June, 24 organisations – including the Welsh government, Clifford Chance and the Solicitors Association of Higher Court Advocates – have signed up and pledged to tackle gender inequality.

This is an important step in the right direction, but for widespread change to take root more firms must join the fight for gender equality and diversity in the workplace. We will continue to promote the pledge and work with firms across the country to build a more equal profession.

When speaking with signatories, we found that the pledge has been a key driver in pushing gender targets, specifically those included within their submission, to the forefront of their agendas. As a transparent commitment which is shared publicly with the profession, it has held organisations to account and ensured their words align with their actions.

An example of this has taken place at Augusta, one of the first signatories to the pledge, where the hiring practices have reflected their commitment. Polly Bahl, COO at Augusta said: 'We’ve onboarded a diverse range of individuals into the firm, including more women into senior roles, such as myself as chief operating officer and Frances Coats as general counsel.'

Progress of this nature has been shared by many signatories with recruitment and an equal gender split at senior levels being a commonly stated improvement.

Cleveland and Co, like most signatories, have taken an intersectional approach and considered how they could make changes which are sustainable and multifaceted. They have implemented 'female friendly' changes such as flexible and part time working policies and removed linking bonuses to billable hours because of this. They also actively recruit returners to the profession and advertise more widely and indiscriminately to ensure they are attracting diverse talent pool.

While the pledge is largely focused on achieving gender equality, it would not be possible to achieve without considering how other diversity areas intersect with gender.

Unconscious bias - which is intrinsically linked with almost all protected characteristics, features as one of the primary causes for inequality as stated in the Law Society’s international women in law report. Including intersectional targets when signing up to the pledge is necessary.

A year does not give enough time to see exponential change but what we have seen so far is nothing short of impressive. The hard work of the profession and the commitment of signatories has been incredible - from hiring female leaders through to adopting gender-neutral language - all of their work is progress and makes a distinct positive difference.

The hope for the pledge is that it continues to support the profession in this progress. A new review process for signatories, launching at the end of June 2020, will offer further guidance to new and existing signatories so they may achieve their targets and further contribute to changing the legal landscape for gender equality.

Read more about the Women in Law Pledge, how to sign up and the FAQs here.

Read the report on women in leadership in law here.