Become an ally – it matters

In law firms big and small across the country, diversity programmes are working hard to bring balance to traditionally white, male-dominated partnerships. 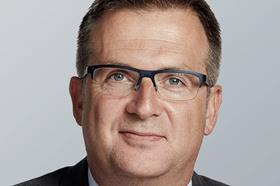 Many are making progress in recruiting women, LGBTQ+ and, increasingly, Black and ethnic minority lawyers at something closer to the proportions they represent within the UK population.

While by no means universal, the centuries-old dominance of white (mostly privileged) men in our profession has often brought with it a prevailing workplace culture that requires those wanting to progress to assimilate. For minority groups, this means working harder just to fit in. It’s tiring and unfair – and little surprise that many give up and leave.

Recruiting a more diverse group of people into our profession is just the start.

The ultimate goal is inclusion – creating an environment in which everybody comes to work each day feeling comfortable being themselves, being open, and believing they can thrive.

This, for many firms, means taking a close look at workplace culture. It’s not easy and it takes time – but we won’t succeed in improving diversity unless we do the hard work on culture, too.

Leaders can and must influence their organisations and set the tone from the top, but they cannot drive culture change alone. People’s day–to-day experiences with those around them define their sense of belonging – whether they choose to stay and build a successful career or leave.

This is where inclusion allies come in.

Allies have the power to drive change through a business at every level. Becoming an ally is an active commitment to being aware, open, visible and confident in speaking out.

For Black and ethnic minority colleagues specifically, this is as important as ever.

We know from looking at our own data and wider trends across the sector that ethnic minority and particularly Black lawyers leave the firms they trained with earlier than their White counterparts – the ‘ethnicity stay gap’. That is in most part down to culture.

It’s sometimes hard to know individually what we can do to help tackle such a huge issue – but I would say, start by becoming an ally.

It is a step up from simply thinking as individuals we are not racist, to being actively anti-racist. It requires the majority of us to recognise the advantages we have, just because we are white, and to educate ourselves about the challenges facing those who are not white.

Becoming an ally means putting in the work to understand what our Black and ethnic minority colleagues and friends need from us – not expecting them to give us the answers, but certainly listening.

It’s the only way we can understand what needs to change.

Conversations about race can be uncomfortable but they get us to a more open and honest place – and openness, as an ally to any minority group, is crucial.

Inviting conversations – when and if people want to talk – starts to build a culture of inclusion.

Visibility is also crucial. We can’t join ally networks then disappear into our offices and do nothing.

In the UK, Allen & Overy has established a network of partner allies on top of our existing firm-wide allies programmes, to ensure that someone senior is visibly taking the lead in each department: showing up at events, speaking out in meetings and giving others the confidence to do so too.

Having these networks brings together like-minded people, provides tools, guidance and support, and mobilises colleagues – this is what creates the momentum for culture change.

Speaking out doesn’t mean shaming people, but it does mean addressing inappropriate behaviour at the time and in a way that, ideally, helps to inform a broader discussion.

Allies don’t speak on behalf of minority groups, they amplify their voices. But we can’t expect marginalised groups to fix these problems on their own – that’s neither fair nor realistic. Sometimes it’s easier to call out (or call in) bad behaviour directed at a colleague than it is for them to do so.

Most of us understand the drivers for greater diversity in our profession – it makes our businesses more relevant, innovative, fair, successful and sustainable. But for diversity we need inclusion – one can’t exist without the other.

It’s easy to stand by and think: ‘I treat people equally, I don’t need to be an ally’. But the act of becoming an ally moves us on from thinking it is somebody else’s job to tackle these problems. It is a shift in attitude that often starts with our own personal relationships, but broadens out to public acts of support within teams, practice groups and offices.

The more of us who step forward to do this, the quicker we will create a new prevailing culture of inclusion within our firms and, I hope, our profession; one that both celebrates and benefits from the differences we all bring.

And that, surely, is a good thing for everyone.

The Law Society has recently released a resource for becoming an inclusion ally, find it here.

Ian Field is a partner at Allen & Overy and will be joining the panel at the upcoming launch event of 'Race for Inclusion', the Law Society’s research into the career experiences of Black and Minority Ethnic solicitors. Book your place to attend