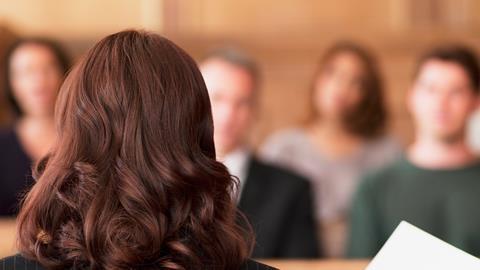 View from the District Bench

Let me place before you three unfortunate scenarios, each drawn from recent events. 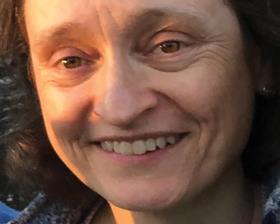 M applies for non-molestation and occupation orders against F on an urgent basis, citing ongoing domestic abuse. The parties have children and continue to live in the same house.

At the first hearing, an interim non- molestation order is made, as a holding position, no facts having yet been found proved and no admissions having been made. The district judge declines to make an interim occupation order on this basis. Neither parent will agree to move out and both emphasise their primacy as the main carer for the children.

The judge gives detailed directions for a contested hearing, and is sufficiently concerned about the family’s health, safety and wellbeing that space is carved out of the busy court lists to accommodate a three-hour hearing in a couple of weeks. Both parents subsequently file detailed signed witness statements (with no certification).

At the contested hearing, M is represented by an advocate and has solicitors on the record. F is a litigant in person. M is invited into the witness box and is handed the oath card. She hesitates. It then emerges that she cannot read other than on a very basic level.  F informs the judge that the same is true for him.

It is apparent that neither of the signed but uncertified witness statements can be relied on as evidence in chief. M’s advocate offers to take M through the document outside the courtroom, but the limited hearing time is slipping away. Who could do the same service for F? It emerges that he had help from a friend to prepare his statement and consulted a solicitor at a fixed-fee meeting, but he is alone today.

The hearing is adjourned.

A preliminary hearing has been listed in financial proceedings on divorce, to determine the beneficial entitlements (if any) of intervenors in various properties that may or may not form part of the matrimonial pot, subject to the court’s decision today. A lengthy signed witness statement in English (with no certification) has been filed and served by one of the intervenors, explaining the history of the various property transactions, with detailed information from conveyancers’ files, banking records and so on as to how the properties were bought and funded. When the witness is called to give evidence, he is wheeled into court in a wheelchair, with a family member as his carer, who tries to assist him in communicating with the court. It quickly becomes apparent that he speaks only Urdu, is frail and confused, and may lack the capacity to understand what is happening.

The hearing is adjourned. Costs are reserved.

The claimant in a road traffic accident trial has made a statement in English (with no certification). He attends court on the day of the trial with an interpreter arranged by his solicitor. When asked to confirm his statement on oath, it becomes clear that he cannot read English. The case is put back in the list for the statement and exhibits to be translated to him and then certified, but this process takes so long that there is insufficient court time left for the trial to conclude.

The trial is adjourned part-heard and the claimant’s solicitors are placed on notice that the court is considering making a wasted costs order.

The only requirement to qualify as an ‘authorised person’ is the ability to administer an oath. Independence from the parties or the case is not required and the certifier may therefore be the solicitor with conduct of the case. If a translator is required, the authorised person and the translator may be different people. If so, then the form of the certificate should be adapted from the drafts at Annex 1 to CPR PD 22 (22.6) or Annex 2 to FPR PD 22A.

Certifying a statement is no mere formality. The efficient conduct of cases in the civil and family courts relies on written evidence being prepared in advance and confirmed at trial as the evidence in chief. Where a statement in English cannot be understood by the maker and has not been properly certified, real problems are caused, as I hope the examples above illustrate.