Do we need a specialist housing court?

The Ministry of Housing, Communities & Local Government published a call for evidence in November 2018 stating that: ‘The government wants to explore whether a specialist housing court could make it easier for all users of court and tribunal services to resolve disputes, reduce delays and to secure justice in housing cases’. The call for evidence focused on the private landlord possession action process. 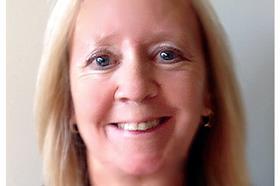 The concept of a specialist housing court is attractive. However, examining the reasons why the issue has arisen and analysing the implications of moving all housing work to a new court reveals a number of unforeseen legal and practical problems.

Academic research commissioned by the ministry and published in the Burns Report outlined the findings of a qualitative study undertaken to understand tenants’ and landlords’ experience of the county courts and First Tier Tribunal (Property Chamber), and to identify issues that may be deterring them from exercising their rights effectively. It concluded that ‘there were many factors influencing the progress of private landlord possession claims to conclusion, but that these would not necessarily be remedied by the establishment of a new court’.

The Civil Justice Council’s response to the call for evidence is worth quoting at length:

‘[T]he CJC does not accept that a case has been made for a “Specialist Housing Court” to be created. The call for evidence/consultation papers focuses on the narrow issue of private landlord possession claims against assured shorthold tenants. There does appear to be evidence that some delay in the procedure is caused by lack of resources within the court services, in particular, insufficient numbers of bailiffs in some county court areas. The tribunal jurisdiction does not currently have any bailiffs at all. If possession orders were made in that jurisdiction there would be no means of enforcing them. The CJC would not support a major redesign of and/or transfer of cases within the courts and tribunal service for housing cases at this time… The creation of a specialist housing court would involve a large commitment of resources which would be better applied to the current court system so as to ensure a satisfactory level of service to all users.’

A specialist court would have to encompass all types of housing possession work, including registered social landlords and mortgage possession cases. At present, defendants in all these hearings in the county court can be assisted by the duty solicitor or Citizens Advice. They enable court lists to run smoothly and are often expert in signposting defendants to welfare benefits advice and other assistance available from charities. If these cases are moved to a specialist housing court, such support will be lost, as legal aid is not available in the tribunal jurisdiction.

District judges have a jurisdiction which encompasses all issues and experience in how one affects the other, which tribunal judges do not

These cases often have links with concurrent problems and other cases proceeding in the same court. District judges have a jurisdiction which encompasses all these issues and experience in how one affects the other. Tribunal judges do not.

Housing law does not just involve possession cases. If a specialist housing court was established, all housing litigation will be moved into it. At present, housing disrepair cases are usually dealt with on a fast track. Any change would need amendments to the Civil Procedure Rules. Such claims often involve expert surveyor evidence and claims for personal injury. The proposed change would mean that personal injury claims would, in future, be dealt with in separate jurisdictions.

There are also housing cases involving money claims only, such as actions for rent arrears against guarantors, or for breaches of the Tenancy Deposit Scheme. At present these are often dealt with as small claims in the county court and tribunal judges do not have experience of these types of case.

Housing work also includes antisocial behaviour. That can often include emergency without-notice applications for injunctions. Any breaches may involve arrests, which must be brought before the court within 24 hours. Both these and any applications for committal to prison for breaches must be heard in a secure court. Legal aid is available for such cases, which would not be the case in a tribunal’s jurisdiction.

There are other urgent applications which also need to be accommodated on a daily basis, such as applications to suspend warrants of possession. Again, advice is available via the duty solicitor scheme in the county court for such applications.

The importance of local justice should not be forgotten. Defendants often have little or no means, and mental and physical health problems. They cannot afford to travel long distances by public transport to access the court. Other parties involved such as housing officers, landlords, letting agents or the police also need to be able to access the court without travelling long distances.

A housing court must provide local access to justice. But it is unlikely there would be the volume of work in any one area to justify such a court sitting five days a week.

How would the new courts be funded and staffed, and how would the additional number of judges required be trained to deal with the volume and variety of cases?

Before such a major change can be contemplated it is important all stakeholders contribute to the ministry’s forthcoming public consultation.