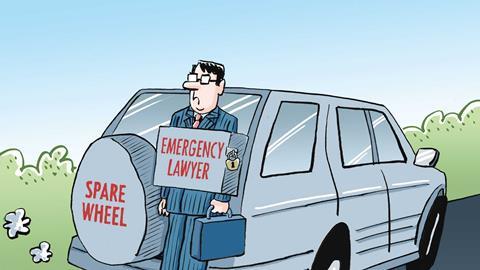 Changes to the Pre-Action Protocol

The Pre-Action Protocol for personal injury claims with a value of less than £10,000 arising from road traffic accidents applies to accidents occurring after 30 April 2010, when the protocol, Practice Direction 8B and the fixed costs in part 45 came into force. The pre-action steps required are set out in the protocol, divided into two stages, stage 1 and stage 2, the latter taking effect when the defendant admits liability which entitles the claimant to an interim payment. Part 8 covers stage 3, when the case has not settled and a court decision is necessary. Part 36 applies then. Each stage has its own fixed costs. If a case exits the protocol for any reason it proceeds as a part 7 claim and the fixed costs will only apply if the court finds that the claimant should not have taken the case out of the protocol.

The amended and extended RTA scheme

The government had hoped by April 2013 to:

b. implement a new, similar protocol for employers’ and public liability (EL and PL) claims.

It also wanted to reduce the claimant’s recoverable costs in the RTA claims significantly in an attempt to bring down motor insurance premiums, partly because a ban on the payment of referral fees by solicitors for claims to insurers and claims companies (which the government believed averaged £700) was also introduced in April 2013.

The consultation on the significant reductions in recoverable costs prompted a judicial review application. The RTA extension and the new EL/PL protocols were not, therefore, included in the main Jackson S.I. 262 implemented on 1 April 2013. The High Court decided the government had not acted unlawfully. When the consultation response was published, the government decided that the original costs proposals would be implemented unchanged. The lord chancellor took the unusual step of giving formal notice to the Civil Procedure Rule Committee that ‘he thought it expedient for the rules to include the costs provision’, using his power in section 3A of the Civil Procedure Act 1997. In March, the CPRC decided that it must comply with that notice.

The new EL/PL scheme is being implemented at the same time, with stage 1 costs in claims to £10,000 at £300, and stage 2 £600, and in claims between £10,000 and £25,000 stage 1 £300 and stage 2 £1,300. In both, stage 3 costs will be the same as the existing RTA scheme. The EL/PL scheme does not apply to PL disease claims, mesothelioma claims, PL claims where the defendant is an individual, or is insolvent with no known insurer, where there is more than one defendant, or where the claimant is a child or a vulnerable adult. In EL claims, a defendant has 30 days to admit liability and in PL claims 40 days.

Some changes to procedure and costs have been made to both schemes for claims over £10,000, to allow for further medical reports and for witness statements where necessary.

From 30 July 2013, there is also to be a scheme for fixed recoverable costs for claims that exit the protocols (apart from industrial disease claims under the EL protocol). The government’s aim here is to prevent claimants deliberately exiting to greatly increase their recoverable costs. The amounts are those already consulted on by the Ministry of Justice (based on table B in annex 5 to Lord Justice Jackson’s final report which, in turn, was based on research on claimants’ costs by respected academics Fenn and Rickman). For RTAs these costs are in table 6B in rule 45.29C, with separate tables for cases that settle pre-proceedings, and those that settle after issue or proceed to trial: from a minimum of £550 for cases where agreed damages are between £1,000 and £5,000 to a maximum of £2,655 (plus 20% of the damages) and the trial advocacy fee, for cases of more £15,000 that proceed to trial (and in all cases disbursements are in addition). For EL/PL claims there is table C in rule 45.29E with a similar structure, where the fixed costs range between £950 and £4,280 plus 30% of the damages, and the trial advocacy fee where appropriate, and disbursements. There is also provision for fixed costs of interim applications (in rule 45.29H) half of the applicable table 6 costs at rule 45.29I.

Originally, the scheme was only to apply to claimant’s costs, but the CPRC decided it should also apply to defendant’s costs, in those few cases that fall outside qualified one-way costs shifting (mainly struck out and dishonest claims). The government agreed, but in the absence of sufficient data to be able to fix those costs as either specific sums or a percentage of the claimants’ fixed costs, it was agreed that the defendant’s costs would be left to the discretion of the court, having regard to the claimant’s costs tables, as an appropriate benchmark, save in exceptional cases. These new rules are in rule 45.29F and G. They may be reviewed if more data can be made available.

There are also new rules in relation to the costs consequences of part 36 offers to settle, in relation to cases that do not proceed under the protocols, in rules 36.10A and 36.14(3). Significantly, the CPRC decided that where a claimant beats their own part 36 offer at trial, fixed costs will not apply, and the claimant will continue to be entitled to indemnity costs. A further S.I. was necessary to implement this and was approved by the CPRC on 5 July. The rules apply to claims entering the protocols after 31 July.

The new, very modest fixed recoverable costs at stage 1 and 2 are likely to have a serious impact on claimant solicitors firms which conduct these high-volume low-value personal injury claims, not all of which have been paying referral fees, or which have been paying less than £700 a claim. Claims companies may continue to charge solicitors for their services but for marketing, for example, rather than referral fees. Commentators in the legal press have been particularly critical of the EL/PL scheme because there is no database of insurers as there is for RTAs (so fewer cases may enter the portal), they are more complex, and liability is admitted much less often.

Apparently, the number of new cases entering the RTA portal in May was much lower than in previous months. This could be because solicitors rushed to start claims before the changes were implemented, or because they are taking time to get to grips with the changes, or because they are already being much more selective regarding the cases they will take on because of the reduced recoverable fees.