Change is constant. On 5 June 2018, the Courts & Tribunals Judiciary quietly dropped the '.gov' from its website address. Not much on its own, but in the context of recent statements by the senior judiciary, the move underlines the intention of a constitutionally independent judiciary to adopt a more assertive role in its partnership with the government to modernise the courts and improve access to justice. 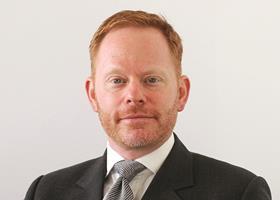 We are at a pivotal moment where the Courts and Tribunals, particularly the County Court, are under immense strain due to lack of resources. But as with much in law, we’ve been here before. With all the visual acuity of hindsight, we can identify at least two missed chances at modernisation - in April 1999, when CPR came into effect but without IT support, and in July 2002, when the IT was available but the Treasury, having conducted a cost benefit analysis on Justice, declined to fund the programme.

What has now changed?

The answer, in a word, is investment. Not only investment in the transformative promise of information and communication technology, but also in a collaboration between Human Intelligence and Artificial Intelligence engaging practical experience, professional expertise and predictive legal technology. As a first step, the new Pre-Action Protocol for Debt Claims has effectively moved a 40-day section of time out of the court system and into the parties’ own time, as deftly as the CE filing requirement moved the expense of keeping, transporting and destroying paper onto the court users. Another development is the Online Civil Money Claims (OCMC) service, which goes live in 2020 with the aim to deal with a high volume of relatively low value disputes. The service gives a good indication that the reform programme is heading towards providing free legal information and tools that may resolve problems without starting a civil dispute through a semi-automated 3 tier triage process, whilst at the same time reducing the need for legal representation.

In addition, The Courts and Tribunals (Judiciary and Functions of Staff) Bill, which has recently had its first reading in the House of Lords, will give court officers legislative authority to exercise certain judicial functions in pre-trial procedural hearings, and at the second stage of the triage process - a technology-enabled negotiation conducted with the explicit and informed consent of the parties. This is key to the fundamental transformation of the court system.

In this less formal, flexible approach, the case officer will be empowered to act as intermediary and communicate with the parties to reach a facilitated settlement within a reasonable period of time. Only if there is still no resolution will the case proceed to a hearing, whether that be online or in person. Any automated process will still be open to review and/or redetermination by judicial intervention, but this may be a light hand on the tiller regarding, for example, proportionality in disclosure. The court staff can progress the case while allocating the Judge - the most expensive resource in court - to adjudicate on the most complex and contentious defended claims.

With most of the adult population voluntarily carrying a mini computer, microphone and camera every day, there shouldn’t be much of an issue to access the digital court as a party. In addition to a structured and active engagement by the participants, a re-imagining of what a court hearing is will be necessary. The announcement that the Court of Appeal is to be streamed live in October raises the issue of online hearings and open justice. Witnessing a working court of law can certainly prepare one for the psychological impact of taking part in a hearing.

However, to create a common ground for future developments, it’s important that the adversarial presentation of each party’s claims at trial is maintained. The Judge should not have to conduct an investigation of the matter before that. The public must also be able to trust that justice is delivered swiftly, impartiality, and with procedural fairness and accountability.

The NAO has rightly flagged the Government’s past track record of disastrous IT initiatives, but the Common Platform and the Electronic filing system appear to be working to almost everyone’s satisfaction. We no longer need paper in all its forms to present evidence to the court, and if the “majesty of the law” can no longer uphold the central role of the rule of law in our society, then we may need to vacate our oak-panelled court rooms.

In his recent speech, Lord Justice Gross rightly noted that it’s going to take time for technology to deliver a solution. But for there to be a successful fusion of our legal culture and everyday social practice, people must adapt.

Laurence Lieberman is a partner at Taylor Wessing