Judicial review is a key part of our constitution. It is the only way members of the public, and organisations, can challenge the government and other public bodies when they act unlawfully. 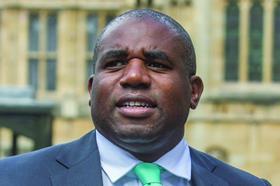 Last year, when the government announced their Independent Review of Administrative Law (IRAL), assessing the role of judicial review and considering proposals for reform, some eyebrows were raised at the choice of chair. Lord Faulks, who published the review last week, was a former Conservative justice minister, who held strong opinions on the subject of judicial power. He had written extensively, criticising the role of the Supreme Court after the government’s unlawful prorogation of parliament. The government could hardly have picked a more ardent supporter of their agenda to clip the wings of the judiciary.

But despite the appointment of Lord Faulks, the government now appears unhappy that the panel has not advocated the widespread changes it desired. In fact, it has announced further consultations on various aspects of judicial review in the hope of getting a different answer. The government mantra appears to be, ‘if we don’t get the conclusions we want from one review process, let’s just announce another’.

The report, authored by a panel of pre-eminent academics and lawyers supporting Lord Faulks, is clear that significant reforms of judicial review are not appropriate.

On codification, the report concluded that ‘on balance, little significant advantage would be obtained by statutory codification, as the grounds for review are well established and accessibly stated in leading textbooks’. On justiciability, the panel urged parliament not to amend the law to provide for widespread change and made it clear that the government should not introduce legislation because it had not liked some of their defeats in the courts: ‘While the panel understands the government’s concern about recent court defeats, the panel considers that disappointment with the outcome of a case (or cases) is rarely sufficient reason to legislate more generally.’

Other recommendations include legislation to overturn the Supreme Court decision in Cart, aimed to improve efficiency and prevent appeals from the Upper Tribunal from being subject to judicial review in light of only 12 being upheld in over 5,000 such cases. Further, IRAL recommended that the courts are given the power to suspend quashing orders and other reforms to remedies to give further room for government to correct errors. Labour will consider these proposals as and when draft legalisation is put forward, but, on the face of it, these do not involve any breach of the fundamental principles of judicial review.

Of real concern is the government’s new consultation on the use of ouster clauses – explicit legislative provisions which seek to exclude judicial review of acts or decisions. There are profound principles at the heart of our constitution. IRAL itself pours cold water on arguments regarding any increase in the use of ouster clauses: ‘Broader legislation in this area that purported to roll back certain developments in the law on non-justiciability would be regarded as amounting to an “ouster clause” and while the use of such a clause to deal with a specific issue could be justified, it is likely to face a hostile response from the courts and robust scrutiny by parliament.’

Considering this, it is unclear why the government have announced a further consultation exclusively on the use of ouster clauses. In his statement to the House, upon the review being published, lord chancellor Robert Buckland QC MP said: ‘The government is considering putting in place a set of rules that clearly delineates those issues that are a matter for the courts to adjudicate through judicial review, and which are not.’

It would seem that the justice secretary has not read the IRAL he commissioned because this approach was expressly warned against. Indeed, Lord Faulks, when interviewed for BBC’s Law in Action, was expressly asked whether the report had found a ‘worrying’ willingness from the courts to expand the remit of judicial review, as stated by Buckland in the chamber. He replied: ‘No, I don’t think it really was our finding.’ He went further and warned the government that there is a ‘danger you can go from the particular to the general’, identifying a handful of cases where you do not like the result and jump to sweeping conclusions on judicial review.

In reality, the government was always going to press ahead with its agenda to hoard power with the executive and undermine the role of the judiciary, whatever the panel had concluded.

Indeed, many took the justice secretary at his word when he said to the House of Lords Constitutional Committee last year: ‘I reassure the committee and, indeed, everybody that this is not the government’s intention: we do not seek to ouster judicial review.’

Yet now his government has announced further consultation to do just that, contrary to the recommendation of IRAL.

Labour was critical of the decision to announce a review. In the middle of a pandemic, with the courts and our prisons teetering on the brink, we asked why this was a priority for the Ministry of Justice. There was no compelling evidence, or public outcry, for change. Nonetheless, we thank the panel for their work – the review is a substantial piece of research. But the worry now is the government will ignore parts of its conclusions and storm ahead with its agenda to reform our constitution in favour of the executive at the expense of the other branches. This is dangerous.