A system that has reached breaking point 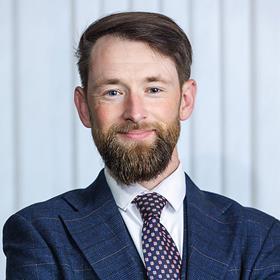 In February 2020 the Ministry of Justice published several accelerated proposals which would amend the criminal legal aid fee schemes, as the first step towards a wider review of the criminal justice system. In March 2020, the Junior Lawyers Division raised issues concerning the accelerated proposals with the MoJ, notably the unused material item for solicitors and advocates who would be paid a fixed fee. The JLD made it known that it could not accept those proposals, as did many other representative bodies. The JLD subsequently compiled case studies from junior lawyers in order to submit evidence, but there are so few junior criminal lawyers in the profession that the evidence collated was minimal, emphasising the current problems.

Fast forward to 15 November 2021, and the independent criminal legal aid review (CLAR) chaired by Sir Christopher Bellamy QC recommended that additional annual funding of £135m per year was the minimum needed for the criminal justice system to ‘function effectively’, but that further sums may be necessary in the future to meet public interest objectives.

It is clear from CLAR and previous criminal legal aid reports that the profession as it stands has recruitment, retention, diversity and sustainability problems. The evidence to the review was that ‘young and energetic lawyers may well start off embracing criminal defence work with all its frustrations, but by the time the late 20s or early 30s are reached many realise the difficulty of seeing a long-term future’. Suggestions to remedy the recruitment issue were made in the inquiry by the Westminster Commission earlier last year. One recommendation was that ‘publicly funded grants should be reinstated for solicitors, barristers… to ensure an adequate pipeline of new practitioners into the sector’. To put this into perspective, figures suggest that in 2018/19, 1,500 criminal legal aid practitioners joined the profession but 2,880 left, leaving an obvious question as to why this is the case.

It is well documented that other areas of private practice are far more lucrative for junior members. A survey from 2020 by Douglas Scott Recruitment Consultants demonstrated that in every region of England, criminal lawyers’ salaries are lower than in other types of legal work. The Law Society has indicated that the starting salary in a criminal defence firm would be around £16,000-£18,000 outside London (less than the Law Society recommended minimum wage), and £20,000-£25,000 in London, from which it is obvious why people seeking to join the profession may wish to look elsewhere. One recommendation in CLAR is that at least £100m per annum is needed to offer more competitive salaries, which approximates to an increase of 15% above 2019/20 rates in order to allow firms to improve salaries and invest in the future.

At the current rate, the profession cannot realistically be expected to continue to provide a service in keeping with the values of justice and affordability of the system. With more cases than ever before, fewer practitioners and more lucrative offers at the Crown Prosecution Service, the system and its workers are at breaking point. CLAR attempts to address this, with its main outcomes being to fairly reflect and pay for the work undertaken, to support the sustainability of the market and to reform the wider criminal legal aid market to ensure that market provides effective case progression and delivers value for money for the taxpayer.

The JLD will respond to the government’s response when it is released around March. It is hoped that the government properly understands the scale of the problem and that the needs of the profession, specifically junior members, are appropriately addressed.