A watchdog that has lost its teeth

It is striking that the part of the criminal justice system that has suffered the ‘biggest cut’ since austerity is its safety net. A parliamentary inquiry last week reported that the Criminal Cases Review Commission (CCRC) received just £5.93m in 2019 compared with £9.24m in 2004. We also learned that the load on case workers climbed from 12.5 cases in 2010 to 27 in 2017. Its chair told the inquiry that the Birmingham-based group ‘ideally’ needed 45 case workers but had just 31. 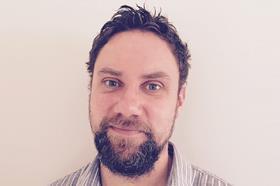 An inevitable consequence of a ‘broken’ justice system is wrongful conviction. Creaking courts, the underfunding of police and the CPS, and defence lawyers pushed to the edge by a 20-year freeze in legal aid rates (as well as an 8.75% pay cut in 2014) lead inexorably to more miscarriages of justice.

Two years ago, the All Party-Parliamentary Group on Miscarriages of Justice set up the Westminster Commission to conduct an inquiry into a watchdog which was established in 1997 as a result of public outrage over scandals such as the Birmingham Six, the Cardiff Three and Stefan Kiszko. Concern about the CCRC grew after the number of cases of people claiming to be wrongly convicted sent to the Court of Appeal crashed – from an average of 33 referrals a year to just a dozen in 2017.

The Gazette reported last week that one of the inquiry’s many recommendations was for solicitors to be paid more to ensure appeals work was conducted on a ‘financially sustainable’ basis. Only a handful of solicitors are prepared to take on regular criminal appeal work.

It is not hard to understand why. Cases are notoriously complex and a legal aid fixed fee of £456 to review a CCRC application barely stretches beyond the most cursory flick through the files. Eligibility thresholds (£99 per week disposable income; and disposable capital of less than £1,000) mean that many prisoners with partners will not qualify.

But what is the point when the odds are so stacked against clients? Typically, 1,500 people a year apply to the watchdog (mainly prisoners). The referral rate sank from a frankly underwhelming 3.43% average over the first 20 years to a negligible 0.7% in 2016/17. The rate was 1.95% last year.

The CCRC plays a vital role in our justice system and needs support. It is six years since the Commons Justice Committee urged the watchdog to be ‘less cautious’ and refer more cases back to the Court of Appeal. That has not happened.

Instead, the CCRC has repeatedly sought to downplay legitimate concern. In 2019, chair Helen Pitcher said that referrals were not ‘the be-all and end-all’; and chief executive Karen Kneller attempted to argue that most applicants were more concerned with the CCRC’s waiting times than having their convictions overturned.

I interviewed the chair of the inquiry, Lord Garnier, who observed that Pitcher’s comment ‘somewhat missed the point’. ‘If you look at the history of the CCRC and earlier, as far as the wrongly convicted are concerned the referral to the Court of Appeal is the only thing that matters,’ he told me.

As well as calling for more funding, the Westminster Commission said the CCRC needed to ‘demonstrate its independence from government’. At the top of the report is the startling observation that the watchdog is ‘operating in a completely different way’ to that envisaged when it was set up almost 25 years ago. That change appears to have taken place without parliamentary scrutiny and, according to former CCRC commissioners present at the time, against their wishes.

The independence of the CCRC resides in its commissioners who, to quote the lord chief justice, are ‘part and parcel of the weft of an independent judiciary’. The CCRC is obliged by statute to have 11 commissioners. A case can only get back to the Court of Appeal if it has the backing of three.

From the outset in 1997, CCRC commissioners were appointed for five-year terms on a full-time or near full-time basis, on hefty salaries (£93,796 in 2013). Almost all commissioners are now appointed on minimum one-day-a-week contracts for three-year terms. They no longer receive a pension and are paid a £358 day rate.

‘I cannot see how one-day-a-week commissioners could ever fulfil the duties for which they were appointed… they would find it almost impossible to be anything other than “rubber-stamping” decisions,’ a former commissioner told the inquiry.

The heart of the issue is not so much money but independence. These changes were implemented following a Ministry of Justice review. The inquiry refers to CCRC board minutes which record commissioners being told by a senior civil servant that if the recommendations were not implemented their appointments ‘might be terminated or not renewed’. The foreword of the MoJ review noted that the minister would be taking ‘a keen interest’ in ‘timely implementation’. The human rights group Justice told the inquiry this ‘suggests an unlawful interference by government with the independence of the CCRC’.

Glyn Maddocks QC (hon), special adviser to the APPG and a member of the Law Society’s Human Rights Committee, says: ‘We need a watchdog that’s well-resourced, fearless and leaves no stone unturned in thoroughly investigating alleged wrongful convictions which are rapidly increasing as a result of the failings in the wider criminal justice system. We need one that can take on the police and appeal judges if necessary. If it can’t stand up to the MoJ, what hope is there?’

We emerge from the pandemic into a period of uncertainty for the justice system: an unsustainable backlog of trials, calls for limiting jury trials and increasingly ‘remote’ justice. We need a watchdog fit for purpose.

Jon Robins is a freelance journalist who writes about the law and justice. He runs thejusticegap.com