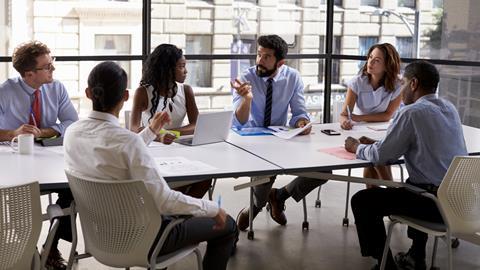 Accent bias in the law

Having grown up in a working-class family on the outskirts of Birmingham, it may not come as a surprise that I developed a regional accent from a young age. As a child this was something I thought very little of. 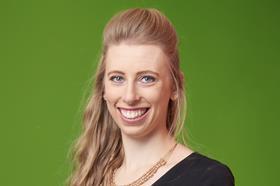 However, as I grew older and became more exposed to the middle-class world, it became apparent to me that speaking with a regional accent may not be something to be desired. As a young student, I remember introducing myself to a fellow course mate and being told that her dad was from Birmingham but had fortunately been able to lose his accent. This and other similar events did very little for my confidence.

I will always remember one of my lecturers telling the story of how his City training firm had advised that people in his position 'didn’t have accents'. At the time, I was astounded that such a comment would be made directly.

However, when I entered the legal profession, I also found that very few of my peers spoke with accents and those that did would make a conscious effort to neutralise them. I too adopted this approach. As my career has progressed, I have found that I am not alone in these experiences. I have learned of individuals being told they would not obtain a training contract without elocution lessons. I have even seen elocution lessons being advertised online as 'essential' for northern graduates looking to work in London.

The stigma against certain regional accents is certainly nothing new. Whilst the UK has one of the highest levels of accent diversity in the English-speaking world, speakers of the Queen’s English or Received Pronunciation have traditionally been regarded as more intelligent than those who speak with an accent.

This perception is not helped by the lack of representation of individuals with accents in the media and in high-ranking public roles. As a result, accents can sadly be a source of prejudice and discrimination.

In the legal profession, research has consistently shown that an unconscious bias against certain regional accents may result in working-class candidates finding it more difficult to access and succeed in a legal career than their middle and upper-class counterparts.

A recent report by The Bridge Group on socio-economic diversity in a number of leading City firms suggests that a dominant middle-class culture has generated widespread tolerance for microaggressions. A Guardian investigation conducted last autumn also found widespread evidence of students from lower socio-economic backgrounds at top universities being ridiculed for their regional accents.

But why this stigma? If everyone speaks the same language, why should the way they sound make them any less of a lawyer?

The answer comes back to unconscious bias. Whilst the legal profession is becoming increasingly diverse and moving away from its conservative and middle-class roots, there is still a historic perception that individuals who sound clearly working-class can threaten a firm’s brand and reputation.

This arguably explains why a disproportionate number of solicitors are privately educated and come from Russell Group universities. However, there are dangers with this perception. If those with regional accents are not able to access the profession and are therefore excluded from decision making, firms will not benefit from the diversity of thought that will allow them to stand out from their competitors. As the world seeks to overcome the economic effects of the pandemic, the need for firms to become more innovative and creative in their strategies is going to become increasingly important.

Despite their potential to be associated with other protected characteristics, regional accents do not currently enjoy the benefit of anti-discrimination legislation. Indeed, guidance from ACAS explicitly states that the law does not cover 'more local or regional distinctions' and confirms that an individual being treated unfairly solely because they have a regional accent is unlikely to succeed in a claim for discrimination under the Equality Act. However, this makes it even more important for firms to take proactive steps to eliminate prejudice.

There are a number of ways in which firms can address the matter.

Firstly, examine recruitment processes. Consider whether there are barriers which are disadvantaging people with a certain accent, such as telephone interviews conducted by a small number of individuals, and whether additional training is required to increase awareness of the unconscious biases that we have. A diverse and varied recruitment panel can help to ensure that nobody is treated unfairly, and that selection is truly based on merit rather than how a person sounds.

Secondly, be clear that prejudice and discrimination will not be tolerated. The fact that the law does not currently prevent accent discrimination does not mean it cannot be mentioned in your policies. If your policies expressly state that it is unacceptable to single out those with regional accents or place them in non-client facing areas of business, this will help individuals with these accents to feel protected and included and foster a culture that gives all employees the confidence to have a voice. A staff survey or forum in which senior leaders are required to participate can provide a safe space for individuals to share their experiences.

Finally, raise awareness and promote the need for change. Birmingham Law Society’s Social Mobility Sub-Committee are launching a campaign in the coming months to demonstrate that there is no one stereotype of how a lawyer should sound. It would be fantastic if those in other regions could follow suit and show aspiring lawyers that success in the profession relies on ability rather than socio-economic background.

Research conducted by the Accent Bias Britain collaboration concludes that whilst accent bias exists, legal professionals do have the ability to mitigate its effects. By taking these steps, we have every reason to be optimistic about addressing this issue and working to encourage an even more diverse and inclusive profession. With a range of experience and talent which is not limited by accents or dialects, the legal community can make the most of the opportunities that await.