When your family needs support from the universal credit (UC) system, constitutional principles are perhaps not the first things that spring to mind. But with ever increasing digitalisation across the public sphere, the UC experience throws an interesting spotlight on the tensions between a ‘digital first’ approach to the delivery of public services and the rule of law, which at times pits lawfully entitled claimants against an automated system. And with nearly six million people currently being supported by UC, the need to ensure that the system is accessible and lawful has never been more pressing. 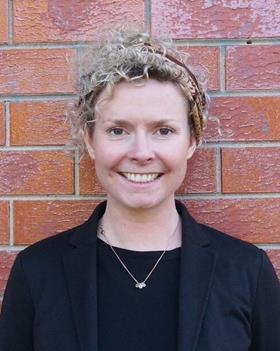 Research conducted by the Child Poverty Action Group shows that aspects of the UC system have been developed in a way that does not comply with law. These issues arise from the digitalisation and automation of UC – they are design features rather than bugs, and are causing repeated financial hardship for some claimants.

Where is it going wrong?

Our report Access to Justice and Digitalisation in Universal Credit: applying the law automatically, published today, identifies some situations where, as a result of the online delivery of universal credit, individuals have struggled to make a claim and receive accurate payments despite meeting the legal requirements to receive such benefits. For example, claimants without a national insurance number (NINo) are experiencing delays in receiving their first UC payment because the UC online claim system does not permit a claim to be processed until a NINo has been provided. This contravenes social security regulations which are clear that a NINo does not need to be allocated before a person can be entitled to a benefit.

Where the system design doesn’t comply with the law, there are examples of the problems this creates being ignored or dealt with via ‘manual workarounds’ rather than by corrections to the automated or digital system that is causing the error. For example, if a UC claimant has a non-dependant living with them (someone other than their partner or their dependent children), they will have the housing cost element of their UC award reduced by what is known as a ‘non-dependant deduction’. Some claimants are exempt from the deduction because they meet certain criteria, as set out in the UC regulations. However, the UC system doesn’t recognise this, and makes an automatic deduction from the claimant’s award unless a manual override is applied. This override sometimes only happens because an individual or their adviser has raised the issue, and even when it does, the exemption is often only applied temporarily before the deduction appears again, requiring claimants to raise the issue repeatedly with the Department for Work and Pensions (DWP) in order to receive the correct payment.

It is concerning that the DWP appears to rely on claimants to spot missing or incorrectly-calculated elements of their entitlement, and places the onus on them to recognise and raise the issue. This situation is exacerbated by the often lengthy and complex processes they have to overcome to resolve the problem, and the barriers some claimants experience when trying to exercise their basic appeal rights – making this an access to justice problem, as well as a rule of law one.

How can the situation be improved?

Our report identifies practical ways in which claimants can try to get problems resolved, for example by requesting a mandatory reconsideration (the first stage in the appeals process in UC), sending a pre-action protocol letter (with the support of an adviser), or submitting a complaint to the DWP.

But in the long term, the UC system needs to be able to apply the law correctly. We know that the DWP can solve problems caused by automated processes in UC. For example, in response to problems experienced by claimants, it changed the online claims process so that single-occupier tenants with a joint tenancy agreement (often because a partner has left) receive enough help with housing costs to cover all rather than only half of their rent.

The digitalisation of the social security system via universal credit comes with many positive aspects, not least being able to process millions of claims quickly in a time of national crisis. However, the development of a digital public service must not come at the cost of complying with the law. There is more work to be done to bring universal credit systems in line with the requirements set out in social security regulations, so that claimants are able to access both their benefits and their rights.