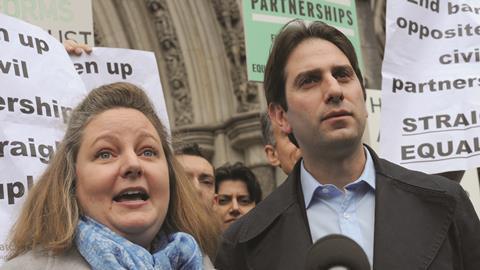 All in the family

Lady Hale has little more than two years to make her mark as president of the Supreme Court. How can we expect her to shape the law, particularly in her specialism of family work?

A purist might accuse me of asking the wrong question: judges are appointed to decide cases on the facts and law, not to make policy decisions. But Hale accepts that judges may ‘legitimately differ’ when resolving legal problems. ‘We like to think that we are not predictable in the way in which we will decide the hard cases where the outcome is not clear,’ she said in a lecture last month. But, as she frankly admitted, ‘it matters who the judge is’.

That was why she suggested that the panels responsible for selecting senior appeal judges ‘could be enlarged by a senior politician from the government and a senior politician from Her Majesty’s loyal opposition, thus introducing an element of democratic involvement while preserving party political neutrality’. Since it was not even clear whether she was thinking of ministers or backbenchers, the kindest thing to say about her throwaway remark is that it needs more thought.

In the meantime, Hale and her colleagues have agreed to hear two high-profile family cases. What might they decide?

One of the appeals will be brought by Rebecca Steinfeld and Charles Keidan, the couple who were not permitted to register their relationship as a civil partnership because they are not of the same sex. The Court of Appeal decided that this was discriminatory – and therefore a breach of the human rights convention – because same-sex couples in England and Wales who wish to formalise their relationships can choose between marriage and civil partnership while opposite-sex couples have only one option.

It was reasonable for Tini Owens to say she could not be expected to stay with a husband who had denied her a divorce. It was this misbehaviour that the court should have held against Hugh Owens

Ministers accept that this state of affairs cannot continue. One way of resolving it would certainly be to let opposite-sex couples register civil partnerships. Another would be to abolish civil partnerships altogether, converting them to marriages. A third option – the most likely in my view – would be to phase them out over time, permitting existing civil partnerships to continue but not allowing new ones to be created. Only 861 civil partnerships were registered in 2015 compared with 5,646 during the year before same-sex marriage was legalised, suggesting that they served a largely transitional purpose.

But the government has not yet made up its mind. It told the Court of Appeal last November that it needed more time. That was not good enough for Lady Justice Arden, who said the equalities minister had failed to justify a discriminatory law. But Arden was outvoted by Lords Justices Beatson and Briggs, who said it was not for the courts to micro-manage sensitive areas of social policy or set deadlines. Ministers were allowed more time to evaluate their options.

That was in February and there is no sign that the government will have reached a decision by the time Hale hears the Steinfeld appeal. Should the Supreme Court declare the government’s position unlawful? Provided it has at least launched a public consultation by then, I hope not.

The other case is rather different. Tini Owens, born in 1950, is seeking a divorce from her husband, Hugh, born in 1938. They married in 1978 and formally separated in February 2015. She says he has behaved in such a way that she cannot reasonably be expected to live with him. He denies that their marriage has irretrievably broken down.

As the trial judge found, the wife’s allegations of her husband’s behaviour were ‘at best flimsy’. They were not so unreasonable that she could not be expected to live with him. So she was refused a divorce and the Court of Appeal could find no way of faulting the judge’s decision.

The allegations were, as the judge found, no more than ‘minor altercations of a kind to be expected in a marriage’. But he was wrong to describe them as allegations of ‘unreasonable behaviour’. That phrase, convenient shorthand though it may be, does not appear in the Divorce Reform Act 1969 or its 1973 successor. The reasonableness that the court must consider is that of the petitioner – in this case the wife – not the respondent.

And, of course, it was reasonable for Tini Owens to say she could not be expected to stay with a husband who had denied her a divorce. It was this misbehaviour that the court should have held against Hugh Owens. However much one may favour marriage – and I certainly do – a marriage supported by only one spouse is futile.

But would not that mean allowing divorce on demand? Indeed it would – but that is pretty much what we have at the moment, with the vast majority of divorces, including those based on equally flimsy behaviour, remaining undefended. I hope Hale will soon free Tini from her chains.