An analysis of the Nationality and Borders Bill

In 1938, at just 28 years of age, Sir Nicholas Winton travelled to Prague and managed to smuggle 669 Jewish children to the UK saving them from the clutches of the nascent Holocaust. He is rightly celebrated as the British Schindler, embodying the noblest of British humanitarian traditions. Last week the British government published their Nationality and Borders Bill, which seeks to criminalise those who might try to save the victims of such persecution in the future. 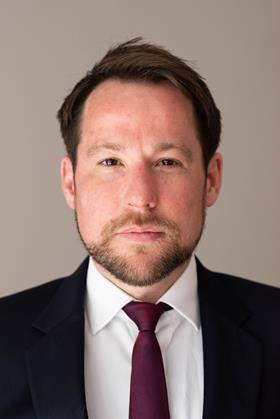 At the heart of the post war international consensus on refugees was two important principles. First, that refugees fleeing persecution may be forced to escape by irregular routes and may not be able to secure visas to enter their destination in advance. Second, that those who assist refugees for genuinely humanitarian reasons should not be prosecuted.

The Bill contains a number of high-profile and controversial curtailments of the rights of asylum seekers which will rightly attract the most public concern, but they must not distract from a couple of seemingly innocuous technical amendments to the 1971 Immigration Act which at a stroke demolish the enactment of those two principles into UK law.

In order to understand the impact of these amendments it is important to understand what Lord Justice Hooper called the 'careful balance' in the 1971 Act between entry and arrival. One may arrive at the UK border by say landing at Heathrow or the Port of Dover and presenting yourself at passport control but you are not deemed to have entered the UK unless and until you pass through immigration controls and in effect cross the border.

Sections 24 and 25 of the 1971 Act created offences of illegally entering the UK yourself and facilitating the illegal entry of another respectively. Critically this means that those who merely arrive in the UK and presented themselves at the border to claim asylum committed no offence, thus observing the first principle.

The Act also created a separate offence contrary to section 25A of assisting an asylum seeker to arrive in the UK for gain. This criminalised those who exploited refugees for profit, even if they lawfully presented themselves at the border to claim asylum, but not those who acted out of compassionate motives.

The government’s Bill first enlarges the section 24 and 25 offences to include not just illegal entry but simply arriving without valid entry clearance (Clause 37(2)(C1) & (4)). The effect of this is that unless a refugee can secure a visa before fleeing persecution in their home country, they will be committing an offence which will now attract a maximum sentence of 4 years’ imprisonment and life imprisonment for anyone who assists them (Clause 38(1)). The fact that they are proved to be a genuine refugee and had no other option will provide them with no statutory defence.

But its principal mischief will be to imprison any individuals who assists an asylum seeker purely out of humanitarian concern. So seafarers in the British Channel who save refugees at sea from drowning will face potential prosecution; putting us on par with countries like Italy, where lengthy prison sentences have been sought for crews who rescued refugees crossing the Mediterranean.

These hastily drafted amendments appear to have been included in the Bill because of the recent success of those defending asylum seekers prosecuted for seeking to cross the Channel in small boats. These prosecutions, which the Home Office initially paraded as evidence of its determination to crack down on such crossings, started to unravel as the courts found that the asylum seekers on board were planning to be rescued at sea so they would be taken to Dover where they could claim asylum on arrival. The CPS has recently been forced to amend its guidance to prosecutors acknowledging that those aboard small boats seeking to be rescued in the Channel have committed no crime under the law as it stands.

It is worth emphasising that small boat crossings of the Channel make up a small minority of total refugees coming to the UK, the total number of which are in fact currently falling and in turn make up a tiny minority of all migrants coming to the UK. However, the panic engendered by this supposed crisis is now leading to these knee jerk proposals to destroy the careful balance in our law in contravention of our obligations under the 1951 Refugee Convention and the European Convention of Human Rights not to mention common sense and our basic humanity.

Aneurin Brewer is a barrister at Red Lion Chambers