Valedictory speeches by retiring judges are often humorous and sometimes sad. But few have been more significant than the one delivered at the end of last month by Lord Neuberger, sitting for the last time as president of the UK Supreme Court.

The rule of law requires respect for judges, he said – but only as judges, not as individuals. And they needed to earn and retain that respect.

‘We must maintain our high quality while doing everything we can to be more diverse,’ he said. ‘We must remain steadfast to the law, notwithstanding media pressure. We must be humane and socially aware but not sentimental or pandering to short-term trends. We must be consistent and clear in developing legal principles and we must be fearless but restrained when exercising our public-law powers.’

As a definition of the job, it is up there with Lord Bingham’s summary of the rule of law, in his book of that name published in 2010. The only problem with Neuberger’s farewell gift to his successors is that it does not tell them when to be fearless and when to be restrained. 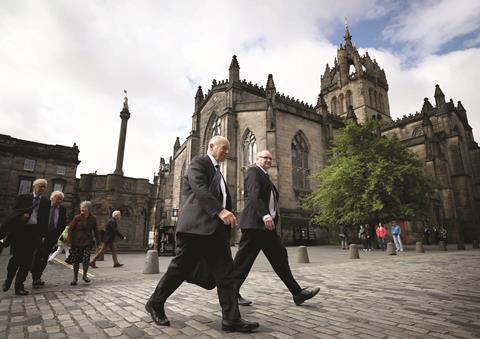 But there was guidance earlier in his remarks. Summing up the Supreme Court’s recent achievements, Neuberger said it had ‘helped to re-establish common law in its appropriate place of centre stage, rather than skulking in the wings where it had been banished by over-concentration on human rights’. There was a part to be played by human rights, he accepted, but it should not overshadow the common law.

The outgoing president might have been thinking of a magisterial judgment his court had delivered just two days earlier. He and Lady Hale, the incoming president, were among seven justices who heard the case – though the leading judgment was given by Lord Reed, who is now seen as Hale’s likely successor.

The court quashed a ministerial order requiring sacked workers who were claiming unfair dismissal to pay fees of £1,200 for a hearing in the employment tribunal. That order, made in 2013, was unlawful under common law because it effectively prevented access to justice. ‘The constitutional right of access to the courts is inherent in the rule of law,’ Reed wrote. ‘Courts exist in order to ensure that the laws made by parliament, and the common law created by the courts themselves, are applied and enforced…

‘In order for the courts to perform that role, people must in principle have unimpeded access to them. Without such access, laws are liable to become a dead letter, the work done by parliament may be rendered nugatory, and the democratic election of MPs may become a meaningless charade.’

This is stirring stuff from a distinguished judge. But, as Neuberger added in his valedictory speech, ‘it would be a serious error to take the high quality of our judiciary for granted’. In remarks clearly aimed at the government, he continued: ‘The high quality and proper authority of the judiciary, and therefore of the rule of law, are at risk if ministers and parliamentarians do not provide us with appropriate support – in the form of both words and means.’

The ‘words’ he was referring to may not be confined to the Daily Mail’s notorious ‘enemies of the people’ headline. As Khawar Qureshi QC, a leading commercial silk, writes, ‘much blame lies with the politicians for creating a moral context within which respect and restraint has given way to vilification and ridicule’. Any judge who now agrees to chair a public inquiry risks opprobrium if its conclusions are not what the newspapers want (remember Lord Hutton’s inquiry into the death of Dr David Kelly and Sir Brian Leveson’s press inquiry?) and even if its terms of reference do not promise ‘justice’ (Sir Martin Moore-Bick’s inquiry into the Grenfell Tower fire).

And the ‘means’ are not just pay and pensions, now so depleted that there are expected to be even more gaps on the bench next year. They also include the Courts Bill, promised in the Queen’s speech. This widely supported and necessary legislation is currently at risk because the government fears it will not be able to defeat amendments on legal aid.

It is clear that judges can no longer command respect by keeping silent. That is also the view of Sir Alan Moses, the retired appeal judge, in his introduction to a recent report on rethinking judicial independence by the thinktank Transform Justice. Society needs to think about what it needs from the judges, he wrote. But judges must also show they understand and are prepared to listen to the communities they serve.

Of course, judges must not descend into the arena and debate the merits of their own decisions. But the openness shown by Neuberger should be shared by his successors. I hope – and believe – that Sir Ian Burnett, the incoming lord chief justice of England and Wales, will agree.