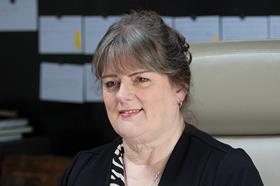 You are 17. You have allegedly committed a crime and are going to have your case tried in court. At your age, you are not yet legally allowed to vote, buy a drink at the pub or get married without parental consent. In the eyes of the law, you are a child.

The backlog of cases in the courts is growing. Your alleged offence will not come to court for some time. Nobody can offer you assurance, so you wait, with a trial at some unknown point in the distance hanging over you. Months pass and you turn 18. Suddenly it is your turn to come to court.

Even though you were 17 when the alleged offence was committed, because you are now 18 the Crown Prosecution Service charges you as an adult and your case will be heard in the adult court, rather than the youth court. Here the court process is more formal, and it is not a given that any adjustments will be made to account for your young age. Youth court magistrates have training, expertise and experience in dealing with youth matters, such as considering defendants’ needs and welfare and engaging with them to ensure they fully understand the proceedings. This is unlikely to be available to you in the adult court in the same way.

In addition to this, the legal structures and principles of the adult court are very different. The principal aim of the youth justice system is to prevent offending by children and young people, and the court must also consider their welfare in accordance with the Children Act 1989. Cases should be expedited where possible. In the adult criminal justice system, however, sentencing has a greater focus on punishing and reparation. Sentences available to the youth court may be unavailable, and because you turned 18 before your first court appearance, you will now receive harsher treatment if found guilty. It does not matter that you were 17 when you committed the alleged offence.

The Magistrates’ Association argues that if an offence is committed before a young person’s 18th birthday, their case should be dealt with in youth court, even if they turn 18 before it comes to court. An overwhelming majority of our members voted in favour of this at our 2020 AGM and it is now a policy priority for us. If defendants are dealt with in the jurisdiction appropriate to their age at the time of their alleged offence, the youth justice principles and the structured decision-making of the youth jurisdiction can be followed, giving children and young people the opportunity to have their welfare taken into consideration and to access specialist services aimed at reducing youth offending. Cases in which a suspect is due to turn 18 must be prioritised so that a plea is taken in youth court, rather than adult court.

In February, Rob Butler MP introduced a 10 Minute Rule Bill on this issue. This must now be a matter of priority. Recent data shows that it can take up to two years from arrest to trial: this is a significant period of time for a person as young as 18. These delays have been exacerbated by the Covid-19 pandemic, and are likely to remain for some time. For serious offences, this can mean defendants going to Crown Court instead of youth court, at a time when some trials for Crown Court are being listed as far ahead as two years. Variations in delays and listing across areas depends on local court capacity, so children and young people also face a ‘postcode lottery’ when it comes to accessing youth justice.

It is simply unfair to penalise young people for delays in the court system. To appear before the adult court for an offence allegedly committed while the defendant was still legally a child has the potential to trigger a range of consequences which can have a serious impact on their future, including education and job prospects and the loss of anonymity, which is afforded to defendants in youth court.

Most young people, if given the support and opportunities to change their behaviour, do just that. If they remain in the youth jurisdiction, these young people will still have the chance to access youth diversion schemes intended to provide support to reduce offending. It is our duty as a justice system, and as a society, to give them this chance.

Bev Higgs JP is national chair of the Magistrates’ Association