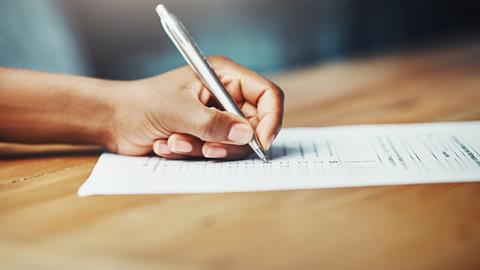 Bar's aptitude test must be scrapped

If you were fortunate enough to take the Bar course before 2013, it is likely you did not have to sit the Bar Course Aptitude Test (BCAT). However, for the post-2013 cohort, the BCAT became a prerequisite, and Bar course providers had to ensure that students had passed it (each paying £150 per attempt).

On the 2 September 2021, recognising that the BCAT was failing to effectively filter candidates for the Bar course, the Bar Standards Board launched a consultation on the future of the BCAT and are considering three options: keeping it, changing it, or scrapping it altogether. We believe only the latter is a viable option.

Why the BCAT exists

Prior to 2013 many candidates were taking the Bar course with little hope of actually obtaining pupillage. In 2013, over 2,100 candidates applied for pupillage when the BCAT was first introduced. The situation has only deteriorated since. In 2021, over 3,300 candidates applied for just under 250 pupillage positions via the pupillage gateway. The BCAT was meant to resolve this issue and act as a filter so that those who did not demonstrate the aptitude for the Bar would not start the Bar course. The logic was: if the BCAT can predict one’s success on the Bar course, and success on the Bar course determines likelihood of gaining pupillage, then the BCAT can be a (relatively cheap) way of cutting the number of Bar course students and ensuring most will obtain pupillage.

Unfortunately, the BCAT has not delivered what the BSB hoped it would. It has failed as a means of whittling down prospective applicants for the Bar Course, failed as a predictor of success, and it now provides a disservice to equality and diversity at the Bar. We believe it should be abolished for these reasons.

The primary issue with the BCAT is that it does not meaningfully reduce the number of applicants. In 2014 there was a review into the effectiveness of the BCAT after the failure rate stood at a meagre 0.3%. In response, the BSB raised the pass mark from 37 to 45 (out of 80). This measure increased the failure rate to 0.7%, representing just 89 out of 12,663 people attempting the BCAT. To put this in perspective, the BSB predicted that there would be a failure rate of 10% upon the introduction of the BCAT (at a pass mark of 37), and 15% with the revised pass mark of 45.

A tempting solution might be to simply increase the pass mark further. This would be a mistake. This is because the assumption that the BCAT is a good predictor of success on the Bar Course is flawed. In their own recent evaluation, the BSB notes that:

'…the predictive relationship given by the regression models suggests that BCAT is not as strong a predictor for BPTC overall score as first degree classification or university attended.' [our emphasis]

This encapsulates the absurdity of forcing students to take a test that doesn’t filter out the vast majority of students and tries to predict success when there are other variables, such as degree classification or university attended, which do a better job for no additional cost. All students will have obtained a degree classification and attended a university by the time they apply for the Bar Course. Therefore, BSB already has better data from students for predicting their success.

Disservice to equality and diversity

It may be problematic to focus only on degree classification and university attended because of concerns regarding equality and diversity. However, there are already issues with the BCAT and those 'from minority ethnic backgrounds were found to score lower on the BCAT when controlling for other factors'. This suggests that even if one accepts that degree classification and university attendance are already compromised in terms of equality and diversity, the BCAT suffers from the same flaws. We know, from having taken the test, that it costs £150, and revision material can cost around £30. This is a significant sum of money to people who have to support themselves financially whilst studying.

Given the issues highlighted, we urge you to fill out the form on the BSB’s website (under ‘Open Consultations’). If you’re on a pupillage selection committee and are tired of reading applications that clearly miss the mark, if you’re a law or GDL student, fed up of jumping through hoops – and paying £150 for the pleasure – or if you care about diversity and equality, the choice should be obvious. If you’re still not convinced by our arguments, please take a quick look at the BSB’s five-year evaluation of the BCAT – their own executive summary leaves no doubt on the correct way forward.

Theo Burges is a student on the Bar Course. Jack Guise is a paralegal commencing the Bar Course in September having completed the BCAT in July