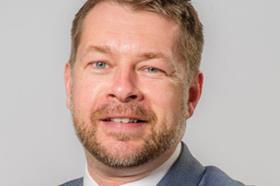 Inquest has revealed that, in 2017, the Ministry of Justice spent £4.2m on legal representation for the prison and probation service, in stark contrast to the £92,000 grieving families received through the Legal Aid Agency’s exceptional funding scheme.

And that isn’t the whole picture. The total spend on representing state and corporate bodies at inquests could be much larger, as private prison and healthcare providers, NHS and other agencies are often separately represented.

The statistics have arrived in the aftermath of the high-profile inquest into the 1974 Birmingham pub bombings, which underlined the disparity; the Legal Aid Agency rejected the victims’ application for legal aid just a week before proceedings began. The families were forced to launch a crowd-funding campaign in a last-ditch attempt to source the funds desperately needed for the families’ legal representation. Similarly, at the forthcoming inquest over the 2015 Shoreham Airshow crash, the only parties whose legal representation will not be paid for are the families of the 11 victims.

The current rules on legal aid representation contribute to the problem. They relate to ‘exceptional cases’ – there are two classes of case where the Legal Aid Agency will, in theory, grant funding: (1) if there is a human rights issue, or (2) a wider public interest in the inquest. Human rights are involved when a death has been caused potentially by the state, and applies generally to deaths in state detention.

In the past, media coverage has helped to secure legal aid funding for public interest cases – as we have seen in the examples of the inquests into the Hillsborough disaster. Even in these circumstances, legal aid is only available where the applicant has a gross monthly income of less than £2,657, or a monthly disposable income of less than £733 and disposable capital of less than £8,000. It is possible for these financial limits to be waived if the circumstances are such that it cannot be expected for the family to pay for representation.

Public funding is available for ‘legal help’ before an inquest, but crucially this does not cover hearings. Arguably it is hearings where the family needs the most assistance. The majority of Coroner’s officers do an excellent job of trying to assist families as much as possible with the pre-inquest process, but that’s where their assistance has to stop – they are unable to help during the inquest hearing itself.

Away from the spotlight of public attention – from the headlines of the Birmingham pub bombings or the Hillsborough disaster – families have little hope of obtaining legal aid for inquests. Many families fail the restrictive means-test, and the Legal Aid Agency rarely uses its discretion to dis-apply it. Consequently relatives have been forced to represent themselves, rely on pro-bono help or turn to crowdfunding campaigns. It goes without saying that inquests can be a confusing and deeply upsetting event for a family, with the trauma of hearing the details of a loved one’s death in cold medical terminology. The focus of the hearing is on the state’s duty to find out the cause of death rather than the family, but that is often difficult for the bereaved to comprehend.

The real injustice here is that the bereaved are often the only party without representation in an inquest. The government claims consistently that the process is not adversarial, and that for the majority of inquests, legal representation is not necessary. But this only raises the question: why do public bodies still opt for lawyers? It is unfair and unedifying in a civilised society for the bereaved to be effectively denied representation, when the public bodies involved or implicated in the death of their loved one arrive at an inquest, tooled-up with lawyers, paid from the public purse.

The renewed focus after the independent review of deaths and serious incidents in police custody in 2017 as well as Bishop James Jones’ review of Hillsborough prompted the Ministry of Justice (MoJ) to launch a review of legal aid for inquests, with their response to the consultation published in February. The MoJ decided then not to alter the funding model for inquests, despite the deafening clamour from more than 70 legal firms, human rights organisations and families, who made submissions backing change.

The shadow lord chancellor Richard Burgon supports Inquest’s campaign and has pledged automatic entitlement to legal aid funding for bereaved families if the relative has died under the control of state agencies. Whilst there are around 32,000 inquests a year, the number involving the state or which are likely to have a wider public interest is very low, and so to allow families representation at those would be a tiny proportion of the legal aid budget. One solution to keep overall costs low could be to agree a fixed fee for representation per day but ultimately any cost is more palatable than allowing families to suffer the indignity and disparity of the current system.

For me, it comes down to basic fairness and decency; the government must recognise Inquest’s campaign and act to reverse its decision.