Brutal and elegant - tribunal judgment will resonate for years

How deftly Lord Reed wields his stiletto. Paragraphs 66-68 of today’s Supreme Court judgment on tribunal fees ought to be tucked into the induction pack of every lord chancellor - and pinned to every noticeboard at the MoJ.

How has it come to this? Senior judges obliged to explain (and I do not paraphrase) to the executive why the rule of law is important and the role of access to the courts in maintaining the rule of law. This is the true legacy of Chris Grayling, who safeguarded the rule of law as a vulture safeguards a dead wildebeest. 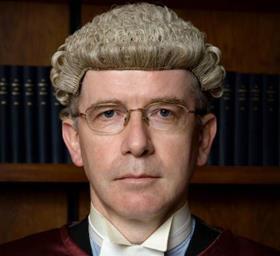 It may ‘be helpful’, the judgment ventures innocently, to explain ‘why the idea that bringing a claim before a court or a tribunal is a purely private activity, and the idea that such claims provide no broader social benefit, are demonstrably untenable’.

This Lord Reed proceeds to do in witheringly simple – almost condescending - terms. We wait until paragraph 68 for the blade truly to penetrate.

In order for the courts to apply and enforce parliamentary legislation and the common law, ‘people must in principle have unimpeded access to them’, the judgment states. If there is no such access, ‘laws are liable to become a dead letter, the work done by parliament may be rendered nugatory, and the democratic election of members of parliament may become a meaningless charade’.

‘This is why the courts do not merely provide a public service like any other’  (emphasis my own).

Sounds so simple, doesn’t it? And it is.

This judgment will resonate for years, and far beyond its application to employment law. Let us hear no more doctrinaire nonsense from politicians about commodifying justice so the courts ‘pay their way’ and do not impose a ‘burden’ on taxpayers who never set foot in one. That we all pay so every citizen can secure access to justice is part of what being a ‘citizen’ means. Or ought to mean.

Now for the blowback. Will the Supremes’ presumptuousness earn them a shellacking as  ‘Enemies of the people’ in certain quarters of the popular press? That they ruled in favour of a trade union won’t have helped…