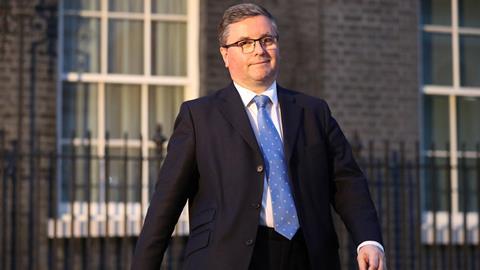 Buckland is boring choice for justice - and that’s just fine

On a day of long knives and remainers supposedly culled from Boris Johnson’s Brexit cabinet, the appointment of Robert Buckland MP as lord chancellor and justice secretary bucked the trend.

Here was an existing justice minister, previously a remain backer, with a record of diligent and understated service. Whatever the opposite of a headline-grabber is, this was it.

And the legal profession should be pleased with the selection.

Since 2010, we have had almost as many justice secretaries as Chelsea FC has had managers (the tally is currently nine-seven). Just like Roman Abramovich, who veers between wildly different personalities in his choices, justice secretaries seem to be a distinct vintage each time.

Since 2010, the MoJ has had the elder statesman, the belligerent one, the reform zealot, the indifferent careerist, the safe pair of hands, and – most radical of all – the solicitor one. Buckland is the continuity choice, unlikely to create a stir but with the ability to steer the MoJ through a particularly busy channel.

A criminal barrister and former solicitor general, Buckland brings with him years of front-line experience (including time on the bench) and an empathy with members of the profession. He is a regular at Conservative conference fringe events on access to justice, pro bono and legal aid – not events that usually attract a stampede of MPs. Those who have engaged with him say Buckland is willing to listen and always well-informed. He was a regular at Bar Council meetings while solicitor general and his promotion has generally been well-received by lawyers.

Buckland is not going to be able to address the crippling financial restraints which affect his department. Neither is he likely to push justice issues to the top of the agenda.

But at a time when government has been in hibernation, the MoJ has been noticeably busy. Buckland’s brief includes court modernisation, divorce reform, a rehabilitation overhaul, a new personal injury portal, prison violence, and somehow persuading his party to accept scrapping short-term prison sentences.

Picking someone who can hit the ground running seems a sensible choice. We should be grateful this is one Johnson appointment which won’t make headlines.