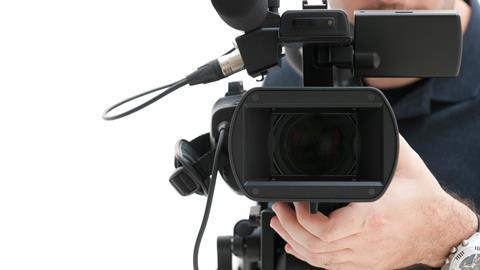 Cameras in court risks chucking judges under the bus

How refreshing it has been to see ministers and HMCTS bosses promote cameras in court by endorsing the broadcast of sentencing remarks as a way to increase open access to our courts.

Of course another good way of ensuring open access would have been not to close hundreds of courts over the past 10 years.

As the joke goes, cameras in court are all well and good – you’ll just have to find a working courtroom first. Ministers quick to usher in cameras to cover sentencing remarks appear to be slower at dealing with endemic delays in the criminal justice system, or the crumbling state of many of those courts that remain. Perhaps as we film the judges we can position the camera so it also picks up the bucket in the corner collecting leaking rain water.

It is disingenuous of broadcasters to suggest that showing sentencing remarks is part of their mission to educate and inform. They want drama, and reporters giving pieces to camera on the steps of the courtroom don’t cut it anymore. Television news chiefs proclaim today's announcement as a ‘landmark moment for open justice and transparency’, and you’d be naïve to think this is where it ends.

The real ‘money shot’ is not in the often-laboured and drawn-out sentencing remarks of the judge, but in the reaction of the defendant hearing them. The floodgates are open now. Filming of the Court of Appeal and Supreme Court was the start, but opening the doors of the Crown court takes intrusion onto a new level, and the broadcasters will be itching to pan the camera round to the miscreant sitting in the dock hearing his or her fate.

The great difficulty with allowing just the sentencing remarks to be broadcast is that viewers gain little of the context behind a decision, beyond what the judge can include, rather like seeing a referee bring out a red card without seeing the offence behind it. Even if a full explanation is offered from the bench, it would be fanciful to think details of starting points and victim surcharges will be broadcast in full.

Judges will sometimes express sympathy for individuals convicted of heinous crimes (and lord chancellor Robert Buckland specifically mentioned broadcasting would apply to the ‘most serious of offenders’), and this will be all the lynch mobs need to confirm their beliefs about the criminal justice system. It’s hardly a stretch to imagine a shortened or edited clip of a judge’s remarks going viral without caveats or context.

It will be incumbent on broadcasters to give the full picture – and judges to reprimand those that don’t. The risk of giving a distorted picture is that we hang judges out to dry and increase resentment rather than understanding.