Mark Twain famously said, ‘There is no such thing as a new idea’ but you may be forgiven for thinking that Baroness Hale of Richmond has come up with one by suggesting that mobile or caravan courts should travel the country dispensing local justice for local people. This call comes against a background of the government selling off many court buildings, especially Magistrates’ Courts, in recent years, reducing the size of the Courts estate and requiring defendants, witnesses, jurors (in the Crown Court), legal professionals and other court users to travel increasing distances in order for cases to be dealt with. 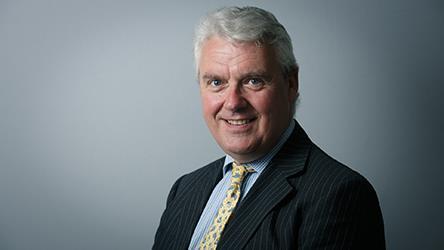 This problem, of course, has nothing to do with the current pandemic. It was endemic before Coronavirus reached these shores. The court closure programme has been going on for many years. There has, of course, been a seismic change in the way in which the courts operate and for certain hearings, remote attendance has become the norm. This will be the legacy of Covid for many years and is to be welcomed. But as Lady Hale rightly points out, this is of no use to anyone without the technology and of course is not appropriate in any event for a hearing which may carry consequences, such as a trial.

The problem highlighted by Lady Hale is particularly acute in remote, rural areas where court users may have to travel for many miles and for long periods of time to get to court and for the impoverished witness or defendant who has no car, there is unlikely to be a fit for purpose rural transport service to assist them. In Suffolk, where I live, there are parts of the county from where it is physically impossible to get to Ipswich (the only town in Suffolk that has courts now) by 10am on public transport.

And so, for certain, less serious cases, Lady Hale’s suggestion has considerable merit. Just as the disappearance of local shops and pubs from villages has clearly had an adverse effect on local economies and quality of life, so has the disappearance of courts: local justice for local people, the thinking behind the Magistrates’ Courts since the passing of the Justice of the Peace Act 1361, has been missing from our communities for many years and her call for its return is to be welcomed.

It is a good idea, but is it a new one? Or was Mark Twain correct? It would seem he is. Those of us of a certain vintage will recall not only the local Magistrates’ Courts (one in every town of any reasonable size) but also the ‘Assizes’, when High Court Judges would travel around the country during ‘termtime’ hearing cases considered beyond the abilities of or too serious for the local Circuit Judges. Their arrival would be greeted with considerable pomp and circumstance, they would reside in the Judge’s Lodgings for the duration of their stay and they would entertain and be entertained by the local grandees. This, I suspect, is far removed from Lady Hale’s vision and she of all people would throw her hands up in horror at the prospect of a return to that degree of largesse.

Nevertheless, her proposal is in fact no different from the principle that used to apply: justice coming to and happening in the communities rather than an expectation that those required to attend court in whatever capacity will be happy or even able to travel vast distances to face or receive justice.

Is it a good idea that the government will adopt and act upon? Time will tell but I fear that for now at least the only caravans we shall be seeing are the ones we book for our staycations as foreign holidays disappear again rather than those out on tour to restore local justice.